GIS: Everything You Need to Know - IT Supply Chain 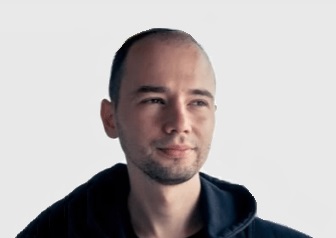 GIS or Geographic Information System software’s are used for several reasons, but generally, it is used to analyze geographic and spatial data that we collect. Being that geographic is in the name, you can assume that analyzing a map is involved.

The 5 Components of a GIS

There are 5 things that a GIS has, and they are listed below:

Common examples of what GIS software is used for are tracking delivery vehicles, and other things modeling global atmospheric circulation. The amount of money that GIS has saved businesses and organizations over the years is mind-boggling.

A GIS can search databases and perform queries that would take a team of people much longer. The people would obviously cost more because you have an hourly rate or salary that you have to pay them. So, clearly, a GIS is a much better option if you can get your hands on one.

Other common tasks that a GIS can do is find suitable land that could be developed and search for any relationships between climate, crops, soil, and other various things in nature. Anything that you can think of that has to do with climate, weather, or geology, and a GIS likely has a solution for you if you are interested in any of those categories.

Cool Things that GIS Can Do

The first interesting thing that I will point out that GIS can do is to map out certain locations based on other factors. For instance, you could map out the locations of cemeteries in Ohio versus the population density of the whole state. Little things like toying around and comparing different factors can be interesting to people. It can also prove to be effective if you have any sort of a business idea that is related to something that could be researched with a GIS.

Seeing the population density of any area is interesting, and it could also lead you to make informed decisions about where to start a business, or just look it up for personal pleasure. There is a lot of toying around that you can do with a GIS, and it is easy to waste a few hours just browsing around.

Another very important thing that GIS can do is show the changes in a map over time. It would break a lot of people’s hearts that are passionate about wildlife and trees to see how some states in the United States have changed over time.

The comparison of state maps to a long time ago is pretty interesting, because you could see how much more wildlife and trees were standing back then compared to now. Although there is not much practical use to some of these things in the GIS, there still are amazing things to find out with using a GIS. It is no wonder why GIS software development is becoming popular and people are wanting to use the power of a GIS.