Gist Wins Microlise Driver Of The Year 2020 - IT Supply Chain 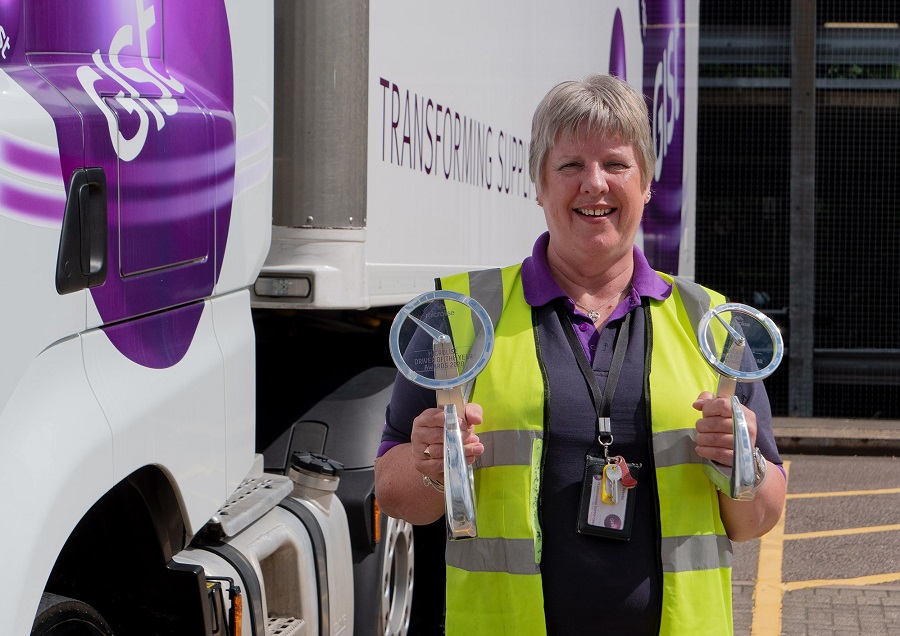 Gist driver, Gillian Brooks, has scooped the Microlise Driver of the Year Award for 2020, beating stiff competition from more than 225,000 other UK drivers.

Gillian won the long distance category, featuring drivers who regularly undertake journeys of 60,000 miles plus per year. Having then scooped the overall award, Gillian triumphed over drivers in both the short and medium distance categories.

At the age of twenty-five, Gillian Brooks was asked by her mother what she wanted to do and her response was ‘to drive trucks.’ It took her Mum’s life savings to bankroll her to get her HGV and PSV licenses at a time when female drivers were virtually unheard of. Described as slightly unconventional and something of a free spirit, she has consistently challenged the norm in the industry and works to encourage more women into the business.

Thirty years on and Gillian drives double-decker trailers as she loves them and believes there is a higher level of care and skill needed to handle them. An incredibly popular team member, she is said to exemplify all that is best in the business – she is professional, reliable, safe and delivers a great customer experience.

According to Chief Executive of Microlise Nadeem Raza, the judges relished their role in finalising the overall winner this year. “The Microlise Driver of the Year Awards uncover fantastic drivers who have stories that highlight the sheer hard work, dedication and single-minded professionalism that is needed to excel in this industry. This is something we have always championed with our awards initiative recognising the industry’s highest achievers.”

According to Bob Harbey, “The standard of entries was simply outstanding and a true credit to all those nominated. All of our winning drivers could have made it to the top spot. Although for many, it has regrettably taken a global crisis to highlight the critical role of drivers, it remains our privilege to take part in recognising the best HGV drivers who perform their role with such commitment and expertise and literally keep our economy moving.”