A Future Perspective on LIDAR Drones - IT Supply Chain

In 2022, the commercial drone industry is valued at a whopping $24.39 billion, a significant increase from the previous year’s $16.7 billion. However, the promising industry of drone services and aerial imaging does not stop there. It is expected to grow at an astronomical amount of $504.5 billion by 2030. These numbers are computed through research that insisted on a 46.04% compound annual growth rate (CAGR) in the industry.

A huge portion of the said worth is brought into the industry by LiDAR drones with a market size of around $150 million in 2022. The LiDAR drone market is also expected to grow to $455 million by 2028 given that it will have a CAGR of 17.98%.

But what makes LiDAR drones so special that it contributes chunks to the commercial drone industry? Let’s find out.

Drones and their Services

Drones are categorized as unmanned aerial vehicles (UAV) which were originally designed to help in military training as shooting targets. These drones, later on, were weaponized during World War II which still applies to date. Weaponized drones include bullets and cameras.

For over a hundred and sixty years, drones have been researched by the militaries for their own gain. However, these studies and innovations also led to the first commercial use of drones in 2006, the same year when the Federal Aviation Administration issued the first drone permit ever recorded. 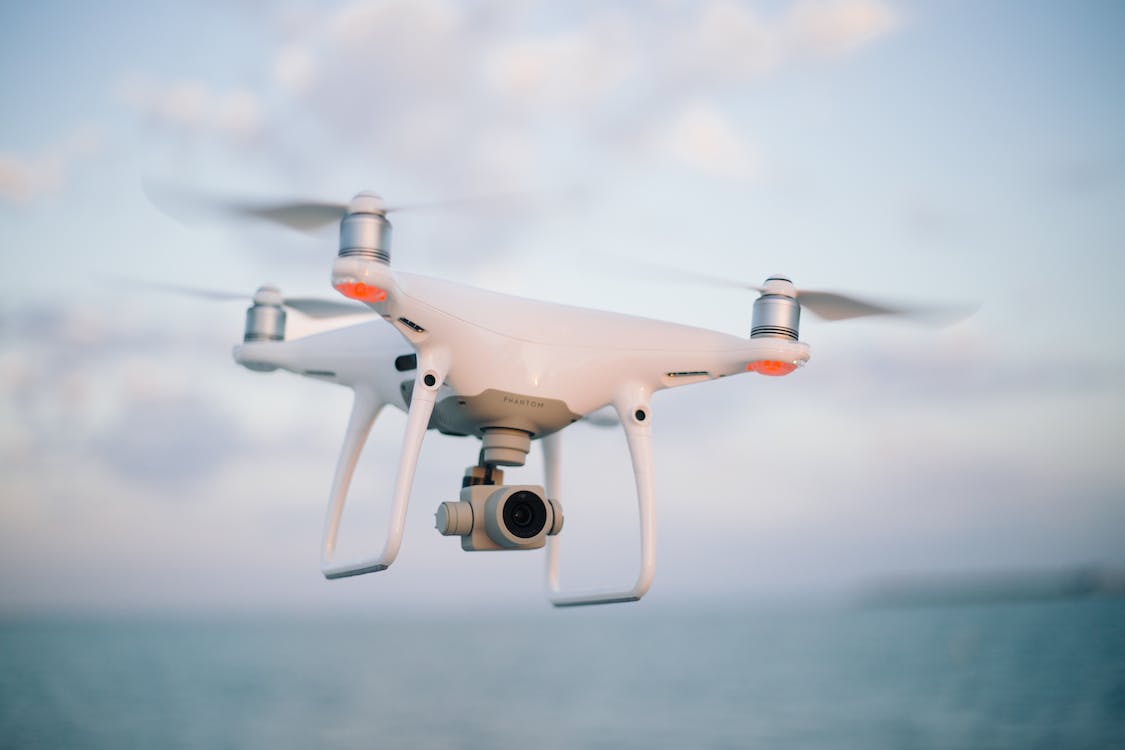 Due to drone commercialization, FlyGuys have made drone services more accessible to the public as well as other stakeholders. The government took an interest in how it can help with disaster relief operations as well as border surveillance. In the same manner, several industries took interest in using drones for pipeline inspections, aerial imaging, and farm irrigations.

Later on, drones further developed as technology advances. Finally, it paved the way for LiDAR drones to be introduced in the market.

The Development of LIDAR Drones

In today’s world, drones are more than just flying vehicles with cameras. The innovation of drones paved the way for LiDAR technology to be incorporated.

LiDAR stands for Light Detection and Ranging, which is a measurement system that uses light to gather information on any surface it passes through. This information can be used as data to be translated into 3D topology maps and models, which can be useful in many studies. But how can LiDAR technology make that happen?

Well, LiDAR technology uses a combination of lasers and light energy to scan any subject or surface from a distance. The drone’s built-in lasers release pulses of light energy that bounce back to the drone’s sensors, making it aware that there is an object wherever the light bounced back. These details are recorded simultaneously and are used as data later on.

Contrary to popular belief, LiDAR technology has been around long before drones were commercialized. However, the LiDAR-powered devices are attached to huge aircraft instead of drones to gather said information about landscapes, boundaries, and topography.

While giant air vehicles can cover huge landscapes at once compared to drones, it is not at all efficient, let alone accurate. Not only is the cost of operating huge aircraft expensive, but it also requires more manpower. Due to their size, they cannot reach small areas and surfaces making the gathered data about a surface’s topology inaccurate.

LIDAR Drones for the Future: What Can Be Expected?

Today, the use of drones is not limited to the military and its purpose. LiDAR drones are even used to fulfill one’s hobby as civilians. Individuals are allowed to purchase this device for their personal use which made aerial imaging hobbyists delighted.

However, it is not the end of the story. LiDAR drones are heavily commercialized and made more accessible by drone service providers as well. The commercialization of drones in particular was started when Amazon released a statement in 2013 that they will use drones for delivery.

LiDAR drones are being used in the medical field, much more often than you can imagine. These medical drones help in delivering medical supplies in hard-to-reach areas such as remote and war-torn locations. The medical supply includes much-needed medicines, vaccines, and medical tools.

The use of drones as a mode of transportation in the field of medicine allowed the government to limit the spread of infectious diseases and illnesses in areas that are almost inaccessible and dangerous.

LiDAR drones have been proven useful in aerial imaging as they capture different terrains from the top view. This is useful in mapping and border monitoring as it produces high-quality images that can’t be seen from one’s mere point of view.

Because of their convenience, LiDAR drones are becoming more popular in the field of inspection and surveying. Drones are small and can be remotely controlled, making it a safer way to gather data through aerial inspections and surveys.

For instance, instead of sending a person to inspect a collapsing building, drones are sent instead of risking one’s life. And because of the cameras and LiDAR sensors attached to it, it can gather the exact same information a human would if he went to the site.

LiDAR drones are also more efficient in surveying terrains or properties as they are more efficient. The data is also accurate since it has cameras attached to it that could take videos and images of the entire property in question.

The data gathered through drone surveying helps surveyors make informed decisions and comprehensive reports, backed up with videos and photos as solid evidence.

Drones are starting to become a powerful tool as they can also be used in progress monitoring. For instance, in the construction industry, the one in charge can now see the daily progress in each of the sites they need to monitor.

Doing so will allow them to communicate better with the client and to know if their operations are up to date.

Marketing is all about grabbing your audience’s attention and converting it into leads. In advertising, you have to be different to stand out, especially if you are in a highly-saturated market.

One thing that could help you grab people’s attention and stand out from competitors is to do promotional photos and videos using drones.

Drones have come a long way since the day they were created. Although their initial purpose was to help the military, they somehow found their way to commercial and personal use. Today, drone services are used in different industries such as marketing and construction.

With all the greatness drones have provided us today and how its industry’s market grows, it is safe to say that we can only expect more from them in the future.