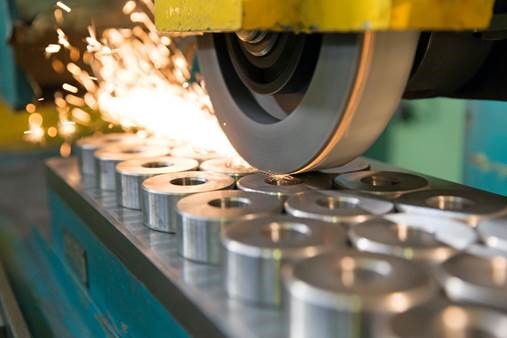 The UK Manufacturing sector is officially on the up. Figures from the latest IHS Markit/CIPS UK Manufacturing Purchasing Managers’ Index for December 2018 show strength and a dramatic improvement on the performance of recent months, at a six-month high of  54.2 – an impressive leap forwards compared to November’s seasonally adjusted 53.6; and even better considering the disappointing 51.1 result in October. It is also a strong result compared to the faltering Eurozone figure of 51.4 for the same period.

New business has increased steadily since the drop in October, with increased industry confidence apparent for the year ahead. Stocks of purchases increased and contributed to growth in the sector. New orders are up at the highest for ten months, coming from domestic and international markets.

Cost pressures have also eased, with input costs falling to the lowest for two and a half months. However, output costs are up, reflecting price increases being passed on to customers and poor exchange rates.

“Overseas demand is up, with new orders flowing in from the US, Africa, Europe, China, Brazil and India, as UK manufacturers put their Brexit preparations into practice and clients begin to build stocks in preparation for Brexit disruption. Export orders have also continued to increase, boosted by the weaker Pound,” commented David Johnson, founding director at currency specialist, Halo Financial.

“Last month, we saw export markets flatten as fears about the impact of Brexit, US-China tensions and other geopolitical concerns began to bite. But, as we have been observing in the industry since the referendum, businesses are rolling up their sleeves and getting on with it, preparing for Brexit and what it might mean and taking steps to engender growth. Optimism about the future of UK manufacturing remains positive, although there is a degree of trepidation as we wade into the unknown.”

Atul Kariya, manufacturing sector lead and partner and accountants and business advisors, MHA MacIntyre Hudson, added: “There have been a few up and downs over the last 12 months and these latest figures are encouraging. In recent weeks, we have seen many businesses spring into action with their Brexit plans – this, in itself, is positive for the industry. The impact of increasing stockholdings, as the very real threat of major supply chain disruption looms post 29th March 2019, will no doubt have had an impact on these latest figures. Whether they can be sustained in the coming months with the current level of uncertainty remains to be seen.”