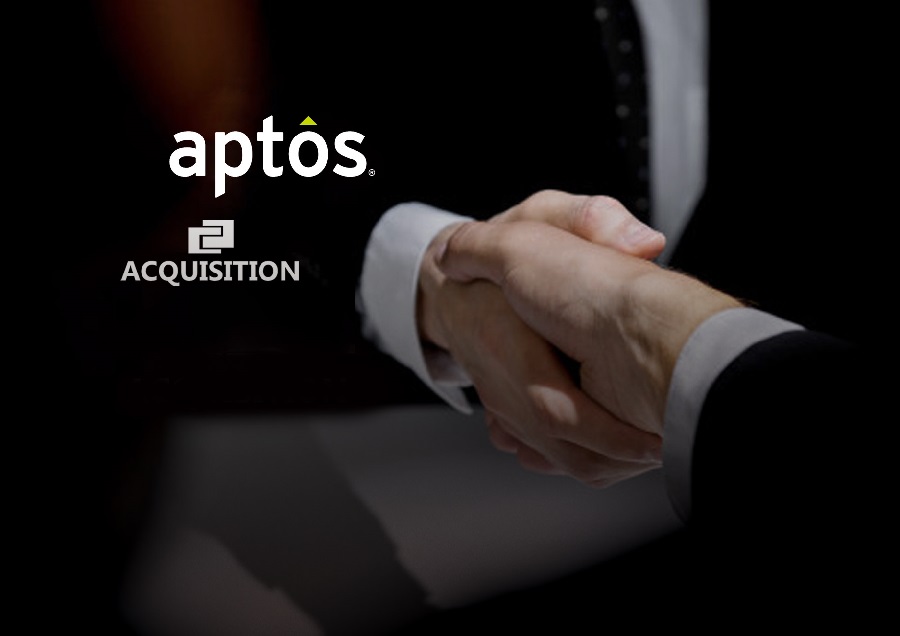 Aptos, Inc., a recognised market leader in retail technology solutions, today announced that affiliates of the Goldman Sachs Merchant Banking Division (“Goldman Sachs MBD”) have completed the acquisition of Aptos from funds advised by Apax Partners (the “Apax Funds”). The transaction was first announced in January 2020. Evercore acted as the exclusive financial advisor to Aptos on the transaction.

With the strategic capital commitment from Goldman Sachs MBD, Aptos will accelerate its investment in product innovation. This will include fast-tracked roadmap advancements for its end-to-end retail solutions, including its best-in-class applications for retail planning, point of sale and order management.

Significant research and development investments will also be made in Aptos ONE, the company’s microservices-based SaaS platform. With the goal to make Aptos ONE the leading retail experience platform globally, Aptos is launching new solutions on the platform on a continuous basis, with plans to debut the Aptos ONE marketplace later this year.

Under Goldman Sachs MBD’s ownership, Aptos will also expand its local presence in strategic markets around the world – including China. With a customer base that includes over 1,000 retail brands in 65 countries, the acquisition will allow Aptos to add personnel, resources, alliances and infrastructure to optimally serve retailers’ localised needs, while providing a proven and powerful foundation for retailers’ international expansion.

Retail analysts, including Jerry Sheldon of IHL Group, a global research and advisory firm, also see the potential of the acquisition – and of Aptos’ next generation technology.

“Aptos is a leading cloud-based solutions provider to the worldwide specialty space, a leader in Unified Commerce,” said Sheldon. “The leadership and resources Goldman Sachs MBD brings to the table will allow microservices to be propagated across Aptos’ solution suite in rapid fashion. The fusion of microservices with Aptos’ many market-leading solutions will be a cornerstone that even more retailers will look to in their journey of transformation, during one of the most disruptive periods in retail technology that we’ve seen,” Sheldon concluded.

Commenting on the acquisition, Will Chen, Managing Director at Goldman Sachs said, “With its commitment to modern architecture, retail domain expertise and global footprint, Aptos differentiates itself in its ability to solve the complex and evolving needs of omnichannel retailers.”

“As Aptos embarks on the next phase of our growth journey, I want to express my gratitude to Jason Wright and the entire team at Apax Partners for the fabulous relationship we have enjoyed over the years,” said Noel Goggin, Aptos CEO and culture leader. “Looking ahead, Aptos’ ownership by Goldman Sachs MBD delivers the long-term stability, vast global resources and capital to accelerate both organic and inorganic growth vectors that will fuel our leadership position in the retail technology space and our unyielding commitment to Engaging Customers Differently.”