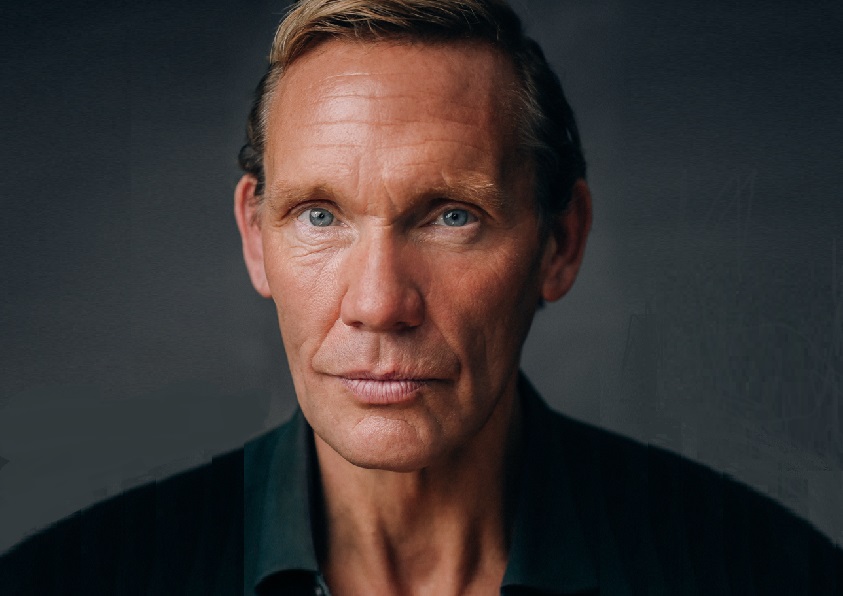 Now he’s turned his attention to fixing some of the systemic problems in the global supply of FMCG products – problems that, he argues, are the reason why so many consumer products are now seeing record levels of price inflation.

We caught up with Justin to learn more about the issues in our FMCG supply chains and why he believes digitisation holds the key to solving the current distribution challenges.

You’ve been working in technology for 25 years now. What first drew you to the space?

What attracts me about technology is the power it has to solve humanity’s biggest problems. This has been my calling since I began my first company in 1981, aged 17.

Back then, it was quite a basic tech venture, making computers more affordable to consumers by renting them out via a kind of proto ‘Buy Now Pay Later’ mechanism.

Since then, the companies I’ve founded have touched upon everything from robotics surgery to establishing Europe’s first business intelligence solution for distributors, helping them understand what products are selling and how to tap into emerging consumer trends.

What is it about the FMCG sector that captures your interest?

Most of my business ventures have been focused on the manufacturing, distribution and availability of the world’s consumable items. I’ve always been fascinated by issues such as the cost of FMCG products and the difficulty in getting them in front of an ever-growing global population.

Your latest venture is RedCloud. Tell us about where the idea for the business originated?

Two emerging trends inspired me. Firstly, the rise of fintech and the possibilities presented for more accessible financial services. Secondly, the exponential growth of Web 3.0. Viewing these trends in the context of global FMCG supply chain inefficiencies – of which there are many – I saw an opportunity to build new digital technology that could finally address some of these problems.

Can you describe the core problem with the supply of consumer goods?

FMCG is by far the largest product category in the world. Every year 100,000 new products come to market, courtesy of half a million manufacturers, at least 25 million distributors and literally hundreds of millions of local merchants. And there are billions of products.

And yet we have a fundamental problem with the length of time it takes from producing the product to the product arriving in our stores. The way these products are distributed is chaotic, complex and fragmented. Hence, products take too long to arrive on the shelves (if they make it all) and end up costing far more than they should do.

What’s more, from a tech perspective, we are still living in the 1970s. It’s a $30 trillion market run on legacy IT and bits of paper, which is horrendously inefficient.

Unfortunately, e-commerce has totally failed to solve these problems, because the model doesn’t account for the billions of people who like to shop online but also want to shop and pay at their local stores.

Having the right product in the right place at the right time is an economic imperative for everyone, so with RedCloud, our goal was to build a platform that would eliminate this core distribution inefficiency.

It sounds like this issue has been around for some time. So why is it only now that supply chain problems are making headlines?

These supply chains didn’t just become disorganised and dysfunctional overnight, but as Warren Buffett famously said, “Only when the tide goes out do you discover who’s been swimming naked”.

Ultimately, the world was wholly unprepared for the pandemic, and this has exacerbated the existing supply chain issues to the extent that FMCG manufacturers can no longer find viable workarounds.

Is this a global problem or a problem for emerging markets?

I’d say that it’s particularly acute in emerging markets, where there are often challenging economic conditions and inflation tends to get out of control more quickly, but it’s a problem that affects everyone.

Remember that the local supply chains in these emerging markets are relied upon extensively by advanced economies. When you walk into Sainsbury’s to buy bananas or coffee beans, it’s highly unlikely a Norfolk farm produced them!

Most of our UK product are imported, so the efficiency of local supply chains in emerging markets has a big impact on our ability to source goods sustainably.

And how is RedCloud attempting to make FMCG distribution better?

We’re focused on the B2B buying relationship between manufacturers, distributors and their local merchants and retailers. That’s a  $30 tn + annual market.Pretty much all consumers products are sold this way – and less than 4% of this commerce is carried out online.

So we wanted to build a single point of connection for all parties in the supply chain to trade digitally together. To do this, we’ve had to build one of the world’s largest digital payment networks – because many merchants can’t access basic financing services or use digital cash. We’ve also had to create a full end-to-end digital ordering platform that identifies available local inventory and brings it into focus with the merchant, enabling them to make instant selling decisions.

Maybe our biggest realisation on the journey so far is the sheer scale of every supply chain. For example, Coca-Cola has 1.5 million merchants and 100,00 distributors in Nigeria alone, which is staggering.

In most cases, once you go down the pyramid from a single FMCG manufacturer, you quickly discover there are hundreds of millions of people in each network, none of them able to collaborate properly with one another.

Tell us about the progress you’ve made to date.

We’re currently live across five markets. We have half a million merchants registered to use our products and a further one million currently being onboarded. We have over 250 brands already live on our platform, and we’re backed by one of the world’s largest payment networks, meaning we have the capability to cover circa 500-600 million merchants.

Our ultimate goal is to allow anyone to trade anywhere – regardless of country, size of business, background – and give brands, distributors and merchants a single, trusted, decentralised platform on which to trade.

It’s a bold ambition. How do you scale a business like RedCloud?

We have a big advantage in that we’re not trying to disrupt anyone. Instead, we’re trying transform a traditionally offline world to online. With the FMCG manufacturers, they already have trusted relationships with their distributors and their merchants which they can bring onto the platform.

Of course, the technology that sits behind everything is incredibly complicated. But we’ve already built it! Much of the past eight years has been spent developing the infrastructure to make all of this possible.

RedCloud is the fifth company you’ve founded. What are the main learnings you’ve taken from your previous experiences?

So it pays to think as big as possible from day one. For me, it’s all about solving the world’s biggest problems before they become insurmountable. You have to commit serious time, as well as capital, to solve these issues.

And of course, we’re one of many companies trying to address different problems in the world’s supply chains. You can’t solve absolutely everything on your own.

Finally, what else would you like to see happening in the FMCG space to help improve the world’s supply chains?

The biggest issue, outside of distribution, is creating sustainability for the producers – particularly the farmers, for whom the current economics just don’t work. You can’t carry on paying a farmer 20p for a product that’s costing them 30p to produce. It’s a problem in all economies, not just emerging markets. You can only consume more than you create for so long.

Justin Floyd is co-founder and CEO of open commerce platform RedCloud. Justin has founded multiple businesses in his career and is focused on building technology to solve real-world problems. Outside of work, he is an ultra-athlete and gives at least five percent of his time to mentor and support other entrepreneurs.