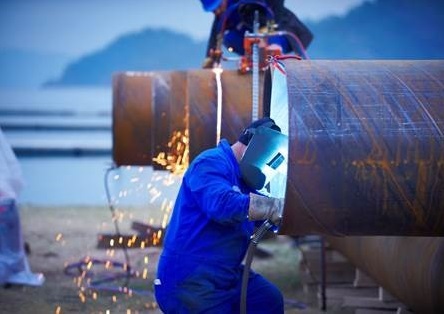 UK manufacturing has hit a 13-month-high for March, in stark contrast to the four-month low we saw in February 2019. Brexit remains the driving force in the industry, however, as the improvement in results comes from stockpiling to build safety stocks as a Brexit buffer. Record increases in inventories of finished goods and purchases have contributed to the March 2019 figure of 55.1.

Meanwhile, the Eurozone has seen a steeper decline in manufacturing sector activity. Today saw the lowest IHS Markit Manufacturing Purchasing Managers Index (PMI) result in six years at 47.5; falling further below the median line between growth and contraction of 50.0.

“It’s encouraging that export market demand has improved since the struggles at the start of the year,” commented David Johnson, founding director of currency specialist, Halo Financial.

“Fluctuating exchange rates have had an impact on export demand in recent months, but a generally renewed sense of confidence in the Pound may be helping support longer-term trade plans. As we head closer toward the UK’s exit from the EU, planning ahead for key political and economic developments and their effects on Sterling throughout the wider supply chain and, ultimately, manufacturer’s bottom line, has become Priority Number One.”

New business and employment up

“We hope this will boost confidence in the sector once more, as there has long been a positive outlook from UK manufacturers, despite the challenges businesses are facing from Brexit, US-China trade tensions, and other geopolitical factors. Forecasting, forward planning and building stocks to create more of a safety net is proving vital for commercial success in the current market.”

“I would urge caution, however, as the trend for positive spikes of this kind does not necessarily forecast longer-term growth, particularly if the political uncertainty continues.”

With continued uncertainty, manufacturers are concerned about constraints on output growth for the future, but nearly half of respondents to the survey expect stronger growth in a year’s time. As ever, optimism prevails, with high hopes for improving demand, plans for launching new products, new market expansion and, of course, less uncertainty in the months ahead.

Laurence Gavin, partner at Irwin Mitchell, concluded: “This is an encouraging result for the sector and it is particularly pleasing to see that despite the current political situation, almost half expect to see stronger growth in a year’s time. We are entering another crucial week in Brexit discussions today and hopefully there will be some certainty for the sector so that businesses can take some longer term decisions over investment and expansion.”