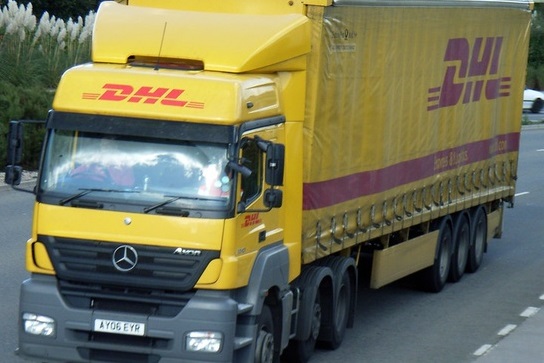 DHL brought in “around 5,000 plus” seasonal employees to deal with the extra demand of holiday deliveries, according to Scott Sureddin, CEO of DHL Supply Chain, North America, on a call with reporters. The company has also been making investments in robotics to alleviate some of the hiring need during peak season. DHL is “seeing about 25% productivity improvement” thanks to robotics, Sureddin said. Despite the productivity boost, the company is still focused on recruiting human labor, opening seven recruitment centers around the country in 2018.

Package delivery companies tend to build up their workforce numbers during the holiday season to help with the extra demand from e-commerce deliveries. But the industry saw its overall employment numbers decrease during the month of December with a loss of 5,200 jobs, according to Labor Department numbers reported by The Wall Street Journal.

UPS and FedEx planned to bring in 100,000 and 55,000 seasonal workers, respectively, in addition to relying on increased automation to help during the busy season. This is a strategy DHL is similarly relying on.

Automation, specifically robotics, helps boost productivity, but also means DHL doesn’t have to train employees on how to perform the automated processes. And tools like cobots can make a human’s job easier, Sureddin said.

“It does replace the need for some people, but I would say the bigger piece on this is if it helps you with the peaks and valleys or seasonality of business,” he said on the call, adding that no one has lost a job at DHL as a result of robotics though the company doesn’t need to hire as many extra employees during the busiest periods.

DHL recently released a list of supply chain trends, topped by warehouse robotics, saying the technology will “reach a tipping point in 2019.” The company announced toward the end of 2018 plans to invest $300 million in emerging technology in 350 North American facilities. The technology being infused into these centers includes robots, artificial intelligence applications and self-driving vehicles.

Some parts of a 3PLs work, however, still can’t be automated. One of these roles is the delivery driver, for which is hiring is becoming increasingly competitive in areas such as Denver, Colorado and parts of the Midwest, where drivers saw 20-30% increases in their salaries in the past year, Sureddin said.

The perks DHL offers its employees can change from one location to the next, but it has used sign-on bonuses and other incentives to get workers into the ranks across the board.

The company has also increased its efforts when it comes to hiring for the back office. In 2018, DHL opened seven recruitment centers in Atlanta; Chicago; Dallas; Mechanicsburg, Pennsylvania; Columbus, Ohio; Ontario, California; and Toronto.

Sureddin said these locations incorporate technology to help make the hiring process quicker and easier. DHL has moved to automate multiple steps in its recruitment process including online applications and pre-hiring tests, according to the company.