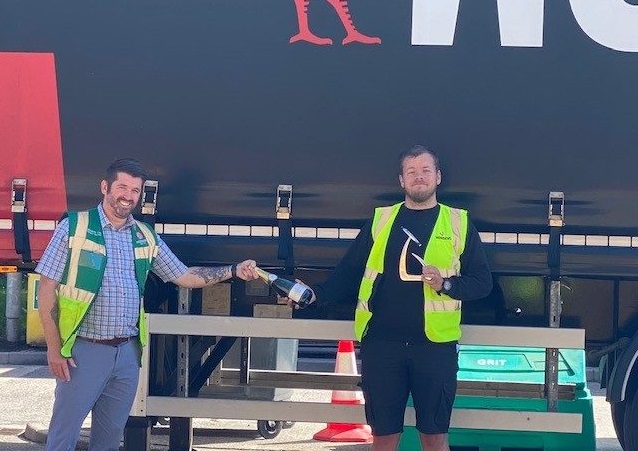 A driver from Howdens Joinery Ltd has won the Young Driver accolade in the Microlise Driver of The Year Awards 2020.
With our nomination-based awards receiving more entries than ever before and our telematics based categories containing an initial eligible pool of over 225,000 drivers, our 2020 winners are real stars in the industry, having triumphed after a process of rigorous data analysis, corroboration by employers and assessment by an independent judging panel.

Jamie Lamb from Howdens Joinery has emerged as the top Young Driver for 2020. With four-and-a-half years of driving experience, Jamie takes navigating in and around central London very much in his stride and is respected and liked by both colleagues and customers alike. Jamie took part in an in-house apprenticeship scheme at Howdens to move from the warehouse space into transport. According to his managers and peers, Jamie has handled the transition with a passion and enthusiasm that is unmatched, while acting as a positive role model for other young people who are thinking of a career in logistics.

According to Bob Harbey, “The standard of entries was outstanding and a true credit to all those nominated. All of our shortlisted drivers would have been worthy winners and we particularly enjoyed reading about the younger drivers who are excelling in what is a relatively new career.  Although for many, it has taken a global crisis to highlight the critical role of drivers, we remain committed to recognising the most inspiring drivers who perform their role with such enthusiasm, commitment and expertise.”