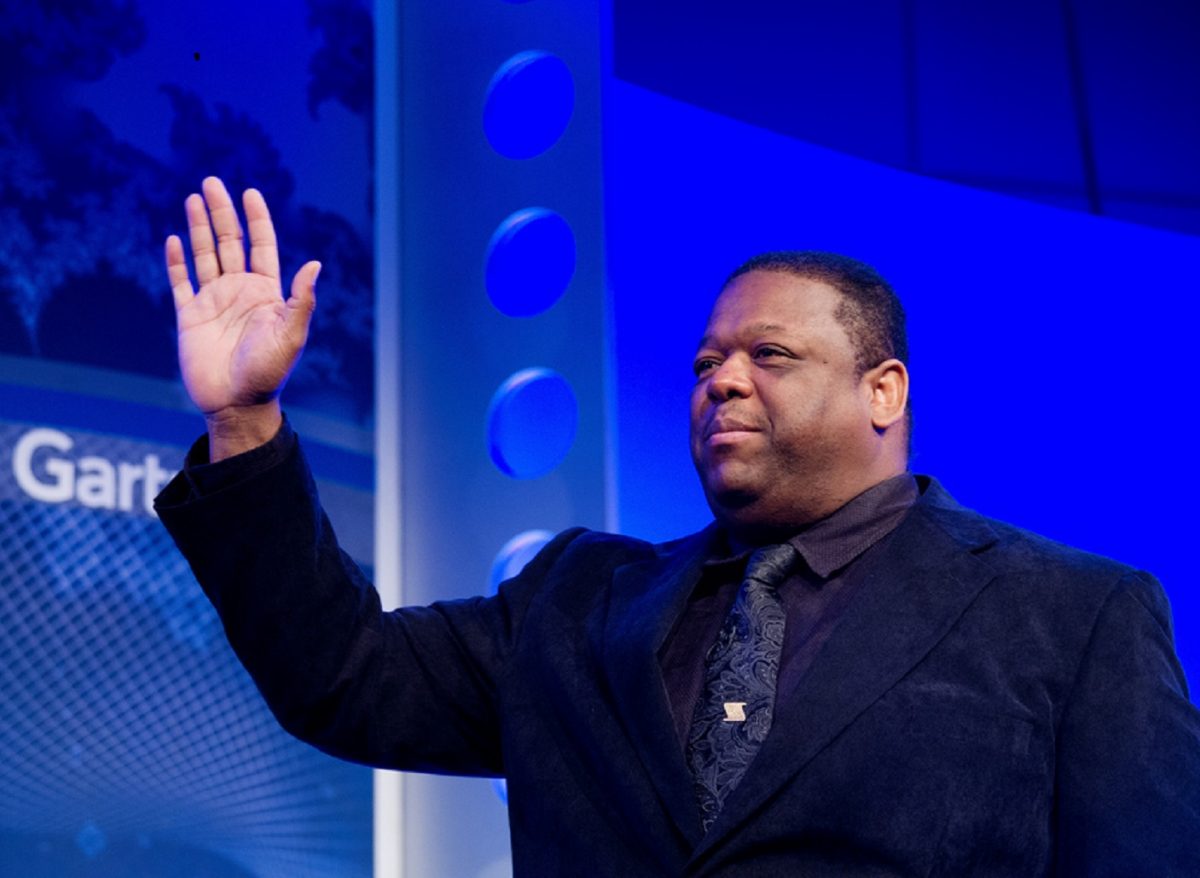 Gartner, Inc. today revealed seven digital disruptions that organizations may not be prepared for. These include several categories of disruption, each of which represents a significant potential for new disruptive companies and business models to emerge.

“The single largest challenge facing enterprises and technology providers today is digital disruption,” said Daryl Plummer, vice president and Gartner Fellow (pictured). “The virtual nature of digital disruptions makes them much more difficult to deal with than past technology-triggered disruptions. CIOs must work with their business peers to pre-empt digital disruption by becoming experts at recognizing, prioritizing and responding to early indicators.”

Quantum computing (QC) is a type of nonclassical computing that is based on the quantum state of subatomic particles. Classic computers operate using binary bits where the bit is either 0 or 1, true or false, positive or negative. However, in QC, the bit is referred to as a quantum bit or qubit. Unlike the strictly binary bits of classic computing, qubits can represent 1 or 0 or a superposition of both partly 0 and partly 1 at the same time.

“Today’s data scientists, focused on machine learning (ML), artificial intelligence (AI) and data and analytics, simply cannot address some difficult and complex problems because of the compute limitations of classic computer architectures. Some of these problems could take today’s fastest supercomputers months or even years to run through a series of permutations, making it impractical to attempt,” said Mr. Plummer. “Quantum computers have the potential to run massive amounts of calculations in parallel in seconds. This potential for compute acceleration, as well as the ability to address difficult and complex problems, is what is driving so much interest from CEOs and CIOs in a variety of industries. But we must always be conscious of the hype surrounding the quantum computing model. QC is good for a specific set of problem solutions, not all general-purpose computing.”

Nanotechnology is science, engineering and technology conducted at the nanoscale — 1 to 100 nanometers. The implications of this technology is that the creation of solutions involve individual atoms and molecules. Nanotech is used to create new effects in materials science, such as self-healing materials. Applications in medicine, electronics, security and manufacturing herald a world of small solutions that fill in the gaps in the macroverse in which we live.

“Nanotechnology is rapidly becoming as common a concept as many others, and yet still remains sparsely understood in its impact to the world at large,” said Mr. Plummer. “When we consider applications that begin to allow things like 3D printing at nanoscale, then it becomes possible to advance the cause of printed organic materials and even human tissue that is generated from individual stem cells. 3D bioprinting has shown promise and nanotech is helping deliver on it.”

Digital business will stretch conventional management methods past the breaking point. The enterprise will need to make decisions in real time about unpredictable events, based on information from many different sources (such as Internet of Things [IoT] devices) beyond the organization’s control. Humans move too slowly, stand-alone smart machines cost too much, and hyperscale architectures cannot deal with the variability. Swarm intelligence could tackle the mission at a low cost.

Swarm intelligence is the collective behavior of decentralized, self-organized systems, natural or artificial. A swarm consists of small computing elements (either physical entities or software agents) that follow simple rules for coordinating their activities. Such elements can be replicated quickly and inexpensively. Thus, a swarm can be scaled up and down easily as needs change. CIOs should start exploring the concept to scale management, especially in digital business scenarios.

Human-machine interface (HMI) offers solutions providers the opportunity to differentiate with innovative, multimodal experiences. In addition, people living with disabilities benefit from HMIs that are being adapted to their needs, including some already in use within organizations of all types. Technology will give some of these people “superabilities,” spurring people without disabilities to also employ the technology to keep up.

For example, electromyography (EMG) wearables allow current users who would be unable to do so otherwise to use smartphones and computers through the use of sensors that measure muscle activity. Muscular contraction generates electrical signals that can be measured from the skin surface. Sensors may be placed on a single part or multiple parts of the body, as appropriate to the individual. The gestures are in turn interpreted by a HMI linked to another device, such as a PC or smartphone. Wearable devices using myoelectric signals have already hit the consumer market and will continue migrating to devices intended for people with disabilities.

Software procurement and acquisition is undergoing a fundamental shift. The way in which software is located, bought and updated is now in the province of the software distribution marketplace. With the continued growth of cloud platforms from Amazon Web Services (AWS), Microsoft, Google, IBM and others, as well as the ever-increasing introduction of cloud-oriented products and services, the role of marketplaces for selling and buying is gathering steam. The cloud platform providers realize (to varying degrees) that they must remove as much friction as possible in the buying and owning processes for both their own offerings and the offerings of their independent software vendors (ISVs) (i.e., partners). ISVs or cloud technology service providers (TSPs) recognize the need to reach large and increasingly diverse buying audiences.

“Establishing one’s own marketplace or participating as a provider in a third-party marketplace is a route to market that is becoming increasingly popular. Distributors and other third parties also see the opportunity to create strong ecosystems (and customer bases) while driving efficiencies for partners and technology service providers,” said Mr. Plummer.

The use of other devices, such as virtual personal assistants (VPAs), smartwatches and other wearables, may mean a shift in how people continue to use the smartphone.

“Smartphones are, today, critical for connections and media consumption. However, over time they will become less visible as they stay in pockets and backpacks. Instead, consumers will use a combination of voice-input and VPA technologies and other wearable devices to navigate a store or public space such as an airport or stadium without walking down the street with their eyes glued to a smartphone screen,” said Mr. Plummer.

CIOs and IT leaders should use wearability of a technology as a guiding principle and investigate and pilot wearable solutions to improve worker effectiveness, increase safety, enhance customer experiences and improve employee satisfaction.

Gartner Symposium/ITxpo is the world’s most important gathering of CIOs and senior IT leaders, uniting a global community of CIOs with the tools and strategies to help them lead the next generation of IT and achieve business outcomes. More than 25,000 CIOs, senior business and IT leaders worldwide will gather for the insights they need to ensure that their IT initiatives are key contributors to, and drivers of, their enterprise’s success.