Internet of Things – Past, Present & the Future of a Connected System - IT Supply Chain 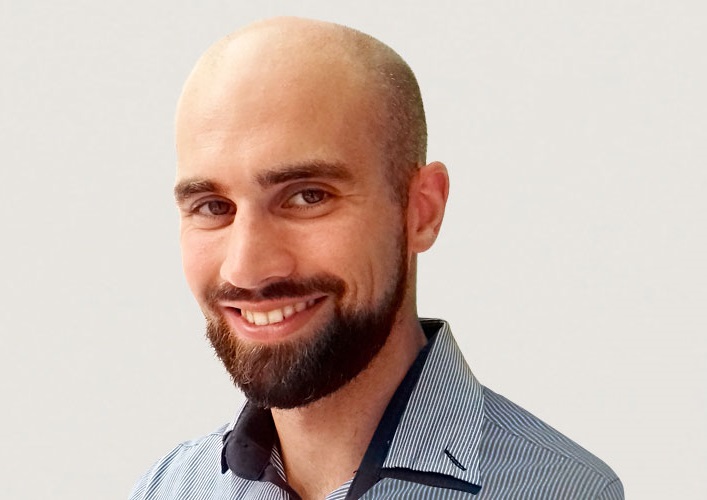 The Internet of Things seems like something invented in the 2015 sci-fi movie, but the idea about connected devices is actually way older. If we were to observe the concept of machines that communicate, the first versions of IoT devices were telegraphs.

Fast forward today, we have more than 30 billion internet-connected devices, and the IoT industry reached $737 billion. We’ve got smartphones capable of controlling our homes, notifying us of any changes, communicating with us, and with other devices. But what was the thing that started it all?

The First IoT Device on ARPANET

The world’s first IoT device was a simple Coke machine. David Nichols, a graduate student of the computer science department at Carnegie Mellon University in Pittsburgh, Pennsylvania, was sitting in his office, getting thirsty. The University had a Coke machine, but it was far away and probably empty, so he didn’t want to get up and check it. At that moment, he realized he could upgrade the soda machine in a way that light flashes on a board in his office. The light would notify him when someone purchases a Coke, when the row becomes empty and when it’s restocked.

He partnered up with Mike Kazar and Ivor Durham, the two students, and John Zsarnay, the research engineer at the University, and they started working on their idea to create one of the first IoT devices. They upgraded the Coke machine, plugged it to the ARPANET, wrote the code, connected it to the board in his office, and there it was – the light flashed as it was supposed to.

In 1982, it became fully operational and super popular. One of the first IoT devices was born. But IoT didn’t become known as the Internet of Things until 1999 and Kevin Ashton. He used the term to describe the physical system connected to the internet via ubiquitous sensors and radio frequency identification.

The Coca-Cola vending machine and ARPANET proved to be a valuable asset for the future development of the IoT. In the 90s, the wireless was at its infancy, and so was the potential of connected devices. In 1997, the idea for the first internet-connected refrigerator was born.

It was completed in 2000, featuring a LAN port for IP connectivity.

When big companies, such as Procter & Gamble, Walmart, Tesco, and Canon, started investing in IoT research in the 90s, things began to change. In 2008, the IPSO Alliance formed a collaboration between industry partners. This proved that more organizations were interested

in the IoT and that there’s potential for progress.

This was the decade when IoT started scaling up. The smartphones were in everyone’s hands, WiFi became essential for personal and business use, and consumers, businesses, and organizations started benefiting from the new technology that enabled information sharing. Society slowly became more and more connected and transformed. We started to notice the beginning of IoT in our homes, for example, Smart TVs. Lights could be controlled via apps, and HVAC systems could check weather websites and adjust the temperature accordingly.

When it comes to businesses, IoT has enabled instant communication. The most significant impact of IoT was in logistics. Live updates became available for customers, their orders, packages, employee attendance, and shipping. All the data was measured with the use of IoT. Since automation in labor became real, IoT was needed more than ever.

The new decade brought positive changes to the IoT industry. Let’s see what predictions for the Internet of Things in 2020 proved correct.

The prediction that there will be about 21 billion connected devices was accurate. In 2020, we have an estimate that about 31 billion devices will be installed.

We are also witnessing the increase in AI usage when it comes to data collection and machine learning.

Along with it, comes the correctly predicted privacy concern. Also, a lot of money will be invested in the IoT industry and its development.

The top seven industries that use IoT today are:

What Does the Future Bring?

The future looks bright for the Internet of Things. There are many innovations, and the constant development tells us that IoT will only become stronger from here on. Smart homes will flood the market, and cities, as we know, will change. With smart cities, we will have smart lighting, parking, noise monitoring, and waste and water management.

The 5G network will allow for a faster connection, and predictions say that by 2030, humanity will have more than 100 billion connected devices.

Artificial intelligence and machine learning will continue to be the biggest trend. Computers will be programmed to process the received data, which will help the machine learn about any preferences and adjust to fit the needs of people.

On the other hand, we will have threats. Cybercriminals will continue to hack devices and use them for DDoS attacks. This means that legislators will have to implement better laws when it comes to personal safety and devices. For example, “Information privacy: connected devices” bill is the first IoT cybersecurity law in the US. It demands that the manufacturers of IoT devices ship out their products with a password that’s unique to that device or with a security feature that requires a user to create new passwords before accessing the device for the first time. In that way, the user is protected from the very first moment the device is turned on.

If there’s an invention that has the power to change our lives, it’s the IoT. Capabilities of internet-connected smart devices are immense, and soon enough, we will be able to utilize it even better. Security will have to be addressed, too, as more and more devices are connecting to the network every minute. With the Internet of Things, we have the potential to not only live in smart cities but on a smart planet as well.