Investing in the Future: Grow Your Own Robot - IT Supply Chain 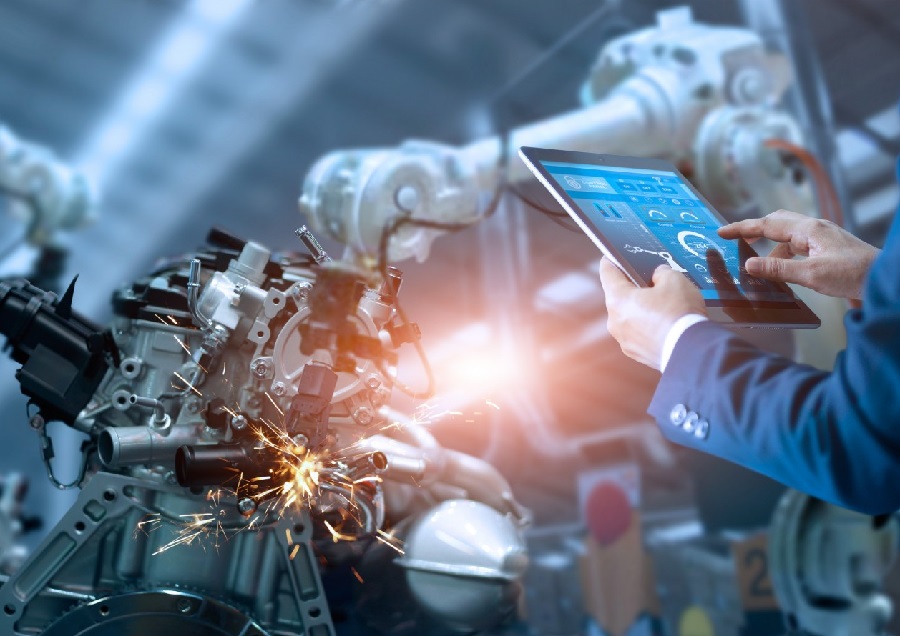 Over the past few decades, we have already started to witness the automation evolution take place, with the global market size of industrial robotics forecast to increase to 18.62 billion dollars by 2025. Now with the ongoing pandemic acting as a driver for uptake, with two thirds of business leaders using automation to respond to the impact of COVID-19, more and more businesses are looking to automate their processes and take advantage of innovative technology, particularly with social distancing measures in place.

Automation can be seen as a complex area, and it is yet to reach its full potential – the challenge remains for robots to accurately and efficiently ‘pick’ items – but this shouldn’t steer organisations away from making that initial investment, explains Paul Rivers, CEO, Guidance Automation. Instead, by incrementally deploying new technologies and starting to innovate your processes, that can be scaled as times goes on, businesses can future-proof their investment and continue to reap the benefits from innovation time and time again.

Grow your own robot

If we think of robots’ life span like that of a human, it’s currently transitioning from childhood to adulthood. Currently in the ‘teen’ years, robots are learning on the job, working out how to walk and adjust, particularly in warehouse settings. They haven’t quite got the skills needed to pick effectively, without damaging, dropping or just not being able to grasp items. Instead, a current method that is often used to grab and manipulate the task of picking is the process of suction, which doesn’t compare to human ways and dexterity. But we’re not far away from reaching this transition, with robotics and sensor technology advancing at such a pace, the fully-equipped robot picker and packer will one day become a reality, making robot ‘hands’ viable. But why wait when the benefits of robotics and automation can deliver multiple benefits within the warehouse today? Moreover, when the potential exists to build your own, scaling the technology as innovation becomes reality, businesses can continue to reap the rewards, without ripping and replacing entire infrastructure.

Say for example, you have an existing robot that moves around the warehouse to help speed up order fulfillment and inventory management, and the humans do the picking and packing. This already provides significant benefits to an organisation, including improved accuracy and productivity, and new levels of efficiency.

But once automation and robotics development reaches the next stages where a robot can perform the picking itself, it will have additional capabilities because the technology has evolved, in turn, becoming more affordable and usable, unlocking new advantages. Humans will be able to move to the outside edges of the warehouse, enabling warehouse processes to become smoother and more efficient. By adding more to the robot over time – such as when picking technology is perfected – as and when the technology becomes more affordable and practical, businesses can give their robot more capability during its life – scaling it to grow with the size and needs of the business.

No Need to Rip and Replace

By having already made the initial robot investment and making incremental changes as the technology matures will help businesses to reduce their costs overtime. We can only expect the price of robots to increase as the technology becomes more advanced, but by putting the foundations in place at an earlier stage and scaling the technology gradually, the business case from a financial perspective is far more viable, as opposed to one significant investment later down the line.

Additionally, if organisations wait for the robot to offer the complete lights-out, pick and pack solution, they will have wasted valuable time in getting the foundations right, and therefore need to rip and replace their entire infrastructure. Those who delay will only have to change more of their processes and teach their employees how to work alongside the robot collaboratively. Instead, organisations that invest in automation at an earlier stage can maximise the opportunity for better results sooner, through a more gradual implementation of technology and automation.

The Role of Humans

There have always been concerns around the role of the human when automation is deployed, even at an early stage. And it’s no surprise that once the robot reaches adulthood, worries around job security and the employee’s role in the warehouse may increase. But this shouldn’t be an issue, as the opportunities will still be available for humans, and are more productive and fulfilling than before.

Traditionally, humans are stuck doing menial and repetitive tasks in the warehouse, such as picking, packing and checking inventory, of which they are prone to making mistakes out of boredom. With automation, humans can take on more responsibility and re-deploy their roles and skills elsewhere in the business, such as the chance to re-train highly skilled forklift drivers to, for example, supervise loading or oversee robot picking teams.

As the robot advances, they may get easier to maintain over time, but humans will still be required to carry out the installation, maintenance and oversee the technology. What if the robot needs new batteries? Or to carry out repairs on a part predicted to soon malfunction by predictive maintenance solutions. We may see a new demand in robot preservation and technicians, and then in the future, even the recycling of material to reproduce more and newer robots – making automation more sustainable.

By future-proofing robots and technology in the short term, businesses can benefit from developments in automation to continue the success of their processes. An industry where this is crucial is e-commerce, as because of COVID-19, the online shopping industry has continued to accelerate at a faster pace than predicted. Warehouses are getting bigger, and with a surge in orders, retailers cannot achieve customer satisfaction with manpower alone – there must be a place here for automation to help these businesses to thrive.

In order to meet this demand and ease workload pressures, retailers can turn to automation to take advantage of this technology, especially when they are restricted with the number of humans they can have in the warehouse. E-commerce is here to stay and grow, but by investing in automation at an early stage, it can be augmented for the long-term retail boom.

Full automation isn’t easy or necessarily required, and businesses must consider the pros and cons of automation before investing. But by initially deploying partial automation, setting the groundwork for further automation to be added as and when the technology is ready, businesses can take advantage of increased productivity, improved safety and reduced factory lead time with the help of robots. With the opportunity to consistently add to and scale your robot, your automation investment will never become obsolete. It’s time to grow your own robot.