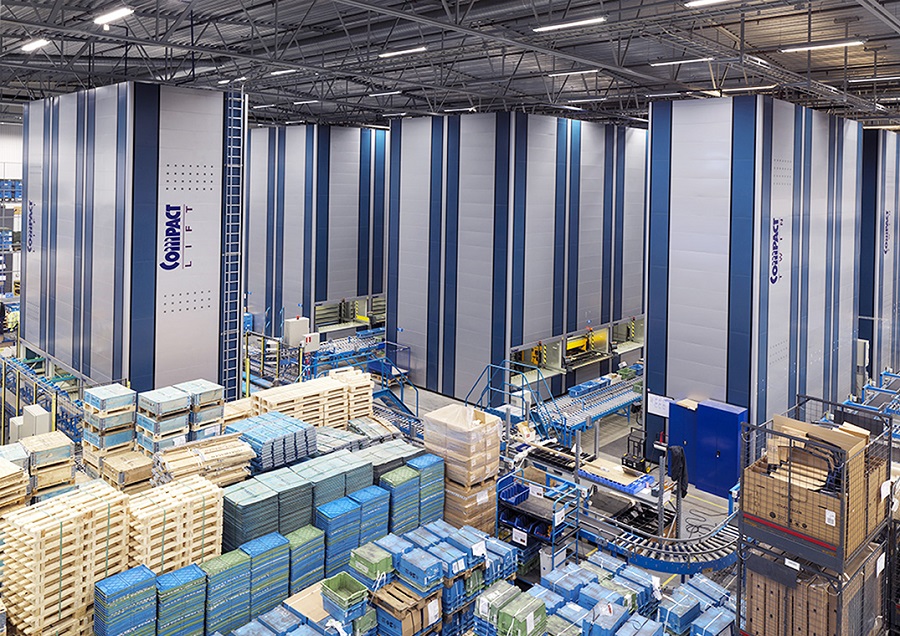 Leading vertical storage lift company Randex is launching a new version of its ‘Compact’ system, built using its industry-benchmark automated vertical storage technology. New features of this latest system include a modern, updated HMI* touchscreen that is highly intuitive and user friendly according to early feedback from Randex users. The touchscreen offers varying levels of user access, and can be seamlessly integrated into company operations, early users report. In response to market demand Randex has also introduced a new four-metre-wide, modular tray option: this can be used to increase storage more flexibly, say Randex who expect it to be popular with manufacturing and logistics companies. (*Human-machine interface)

The new system will be launched publicly on the Randex stand at the March 2022 ‘IntraLogisteX’ and April 2022 ‘MACH’ shows.

Compact vertical storage lifts save up to 90% of floor space compared to standard shelving and pallet racking say Randex. They can manage loads of up to 100 metric tonnes and allow warehouse operatives to complete up to four times more picks than in a conventional warehouse environment, with goods automatically presented to the picker.

Compact Vertical Storage Lifts are suitable for many types of organisation and can support a wide variety of inventory management and stock handling processes.

Key to its best-in-class functionality, Compact Lift is driven by cog wheels that run in homogeneous gear racks (rack and pinion) – this provides very stable movement and precise positioning of the loaded trays.

The Compact Twin is the equivalent to the standard Compact Vertical Lift carousel, but with double the loading capacity. It saves time by handling two load trays in one sequence, keeping one tray in a picking position and the other in a waiting position. This doubles the picking rate of a single vertical carousel system.

The Compact Double features double load trays, providing even greater storage abilities per square metre. This makes it ideal for smaller warehouses, where space is limited.

Mobile control: Compact Vertical Storage lifts can be controlled via mobile devices, with a personalised interface for the operator, rather than by a computer. The warehouse operative launches the order directly from their mobile phone or tablet and sees only their order on screen. This approach saves a great deal of aisle walking time and also reduces picking errors.

The Compact Heavy solution stores heavy components with the same efficiency as a regular vertical storage lift. It has been developed to handle a load of 1.5 metric tonnes – the heaviest capacity in its class. It is part of Randex’ effort to develop solutions that allow a greater percentage of industrial companies’ inventory to be managed using vertical storage lift technology.