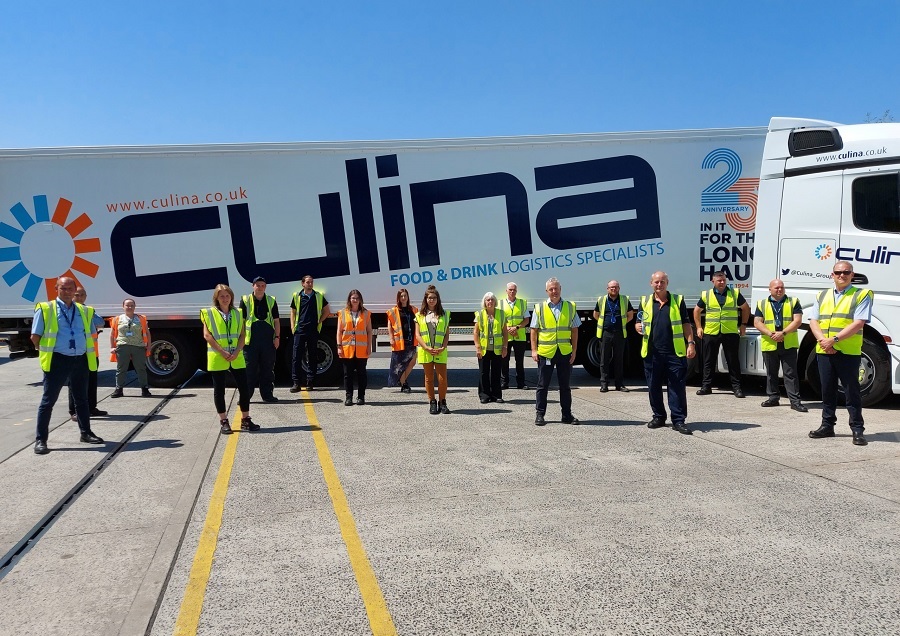 A trio of drivers from Culina Logistics, Gist and Yodel have scooped the distance categories in the Microlise Driver of The Year Awards 2020.

With telematics based categories containing an initial eligible pool of over 225,000 drivers, and nomination-based awards receiving more entries than ever before, the 2020 winners are leading lights in the industry, having triumphed after a process of rigorous data analysis, corroboration by employers and assessment by an independent judging panel.

Karl Dennis from Culina Logistics won the Short Distance category, featuring drivers who regularly undertake journeys totaling up to 30,000 miles per year.  Karl, according to his colleagues, is not only a highly capable and passionate driver but also willingly acts as an assessor and mentor to other drivers. From a military background, Karl has a strong work ethic and passion for the business and is constantly looking for ways to improve the industry.

Another worthy winner, Yodel driver Dzevad Grozdanic scooped the Medium Distancecategory. As an ex prisoner of war fleeing Kosovo, Dzevad overcame language barriers and other difficulties to secure his HGV licence in 1997. According to the people who know him best, Yodel would be a far poorer place without him – an unsung hero, he always has time to help others and consistently goes the extra mile. Never working for praise or recognition, Dzevad strives to be safe on the road, and has helped to train hundreds of new drivers to do the same.

At the age of twenty-five, Gillian Brooks who now works for Gist, was asked by her mother what she wanted to do and her response was ‘to drive trucks.’ It took her Mum’s life savings to bankroll her to get her HGV and PSV licences at a time when female drivers were virtually unheard of. Described as slightly unconventional and something of a free spirit, Gillian who has won our Long Distance category, has consistently challenged the norm in the industry and works to encourage more women into the business. Thirty years on and Gillian drives double-decker trailers as she loves them and believes there is a higher level of care and skill needed to handle them. An incredibly popular team member, she is said to exemplify all that is best in the business – she is professional, reliable, safe and delivers a great customer experience.

According to Chief Executive of Microlise Nadeem Raza, the judges relished their role in finalising the distance category winners. “The Microlise Driver of the Year Awards uncover fantastic drivers who have stories that highlight the sheer hard work, dedication and single-minded professionalism that is needed to excel in this industry. This is something we have always championed with our awards initiative recognising the industry’s highest achievers.”