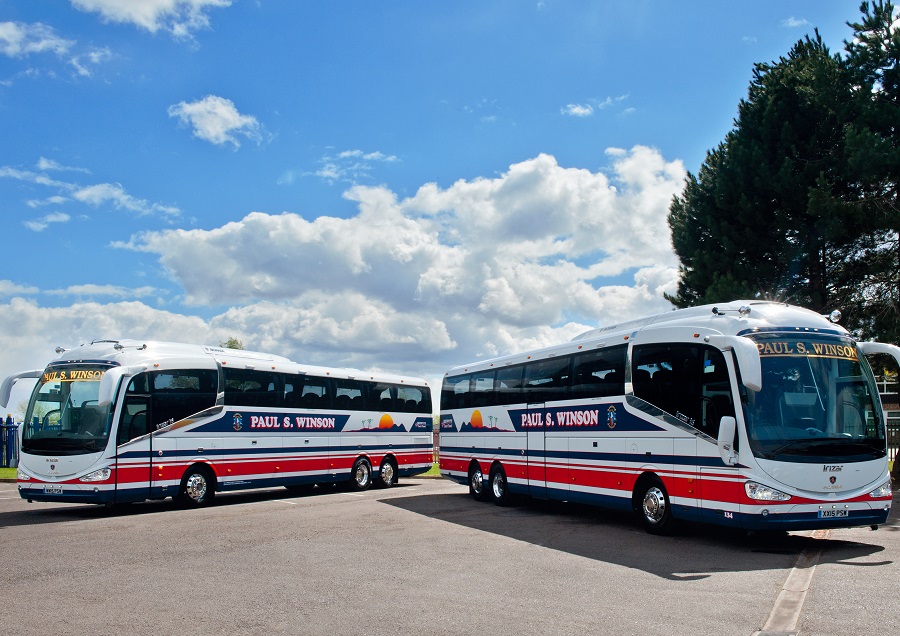 Paul S. Winson Coaches, one of the leading coach operators in the East Midlands, reports much improved control over driver performance and data control since installing CPT Tacho Analysis software powered by TruTac.

With 30 modern coaches in the fleet, Winson Coaches had previously used a system which, says the company, made digital and analogue tacho analysis a complicated and time-consuming task.

“As proud members of CPT and the Guild of British Coach Operators,” says Operations Director Anthony Winson, “we not only have an unblemished 36-year record to protect, but also need to maintain a high standard of operation to satisfy all current DVSA and WTD regulations.”

Having looked at a number of software providers, the company opted for CPT Tacho Analysis, with additional modules – TruDriver, TruView and TruDocuments – to improve driver performance and tighten-up day-to-day administration relating to drivers, vehicles and tachograph compliance.

Now, according to Anthony Winson, the operations team can access real-time, in-depth information regarding everything from driver infringements to individual driver’s hours – down to the minute. Route planning, driver utilisation and problem-avoidance are greatly improved, as is the company’s ability to confidently present clear and accurate data, should an audit be required.

“The CPT Tacho Analysis system powered by TruTac is one of the best investments we have made,” adds Anthony. “One glance at the screen tells all. It was easy to install, it’s easy to use, secure and all the information is crystal clear to see and understand.”

Furthermore, according to Anthony Winson, training and support from the TruTac team has been second-to-none, during what he describes as a relatively short and seamless installation and bedding in period.

Paul S. Winson Coaches has remained a wholly owned family-run business since its conception in 1976 as a haulage contractor, then progressing into coaching in 1983. Now in its 36th year of coaching, they provide corporate and private coach charter throughout Great Britain and Europe.