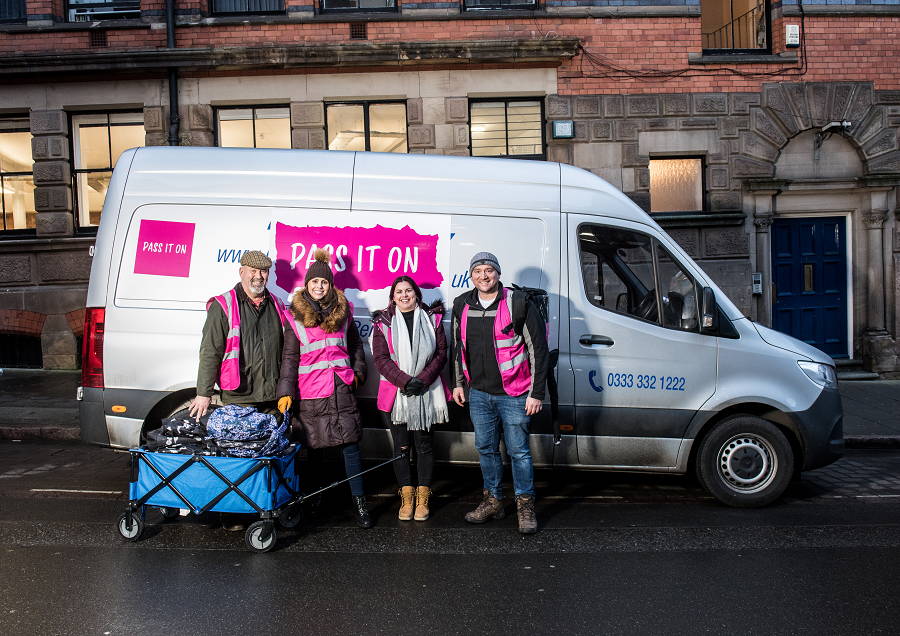 A campaign to support vulnerable people known as Pass It On, saw more than 6,000 items donated to over 1,000 people living in cities and towns across the UK this January. Volunteers handed out sleeping bags, coats, blankets, food packages and more.

The campaign, run by volunteers, hit the streets in places including Manchester, Birmingham, London, Oxford and Bristol in January and early February. With the team still to visit Leicester on March 4th.

Pass It On is carried out by wholesale and freight specialist,  Connect Group. The group, which includes Smiths News and Tuffnells in its portfolio, has run Pass It On for the last 3 years. Team members from many of its Smiths News’ depots across the UK got involved to help encourage donations as well as volunteering their time to hand out items to people who are homeless or sleeping rough. Since it’s conception, Pass It On has donated over 20,000 items to around 4,000 people living rough on the streets.

Interim CEO of Connect Group, Jon Bunting, who helped to set-up the campaign said: “Each year we aim to raise more, donate more and reach more vulnerable people across the UK. This year the support for the campaign was unbelievable with so many items donated, funds raised and people getting involved to help those who need it most.

“We know that our support can only provide some comfort in the short term, but that doesn’t take away from the importance and the impact that campaigns like Pass It On can have. Until a long-term solution is found to help make sure people don’t find themselves in the sort of situations like the people we met during the campaign, then we will continue to do everything we can.”

Alongside members of the Connect Group team, the general public got involved to raise items towards the 6,000 total. Mappleborough Primary School in Redditch donated more than 500 items, while a pilates school also in the West Midlands collected over 300 items for Pass It On during the last 12 months.

A number of high profile businesses and members of the media also pledged support to the campaign. This included The Telegraph, Adidas, Market Force and IPRO.

Looking ahead to next year, Jon is hoping the campaign can reach even more people: “Our goal for 2021 is to aim towards supporting 1,500 people and continue the momentum within the business and within the communities that support Pass It On.

“The latest stats from Shelter show that there are now 320,000 homeless people in the UK with 5,000 people sleeping rough. So we know it’s an issue that’s not going to be fixed overnight and the more people we can support, the better.”

To find out more about Connect Group, visit https://www.connectgroupplc.com.