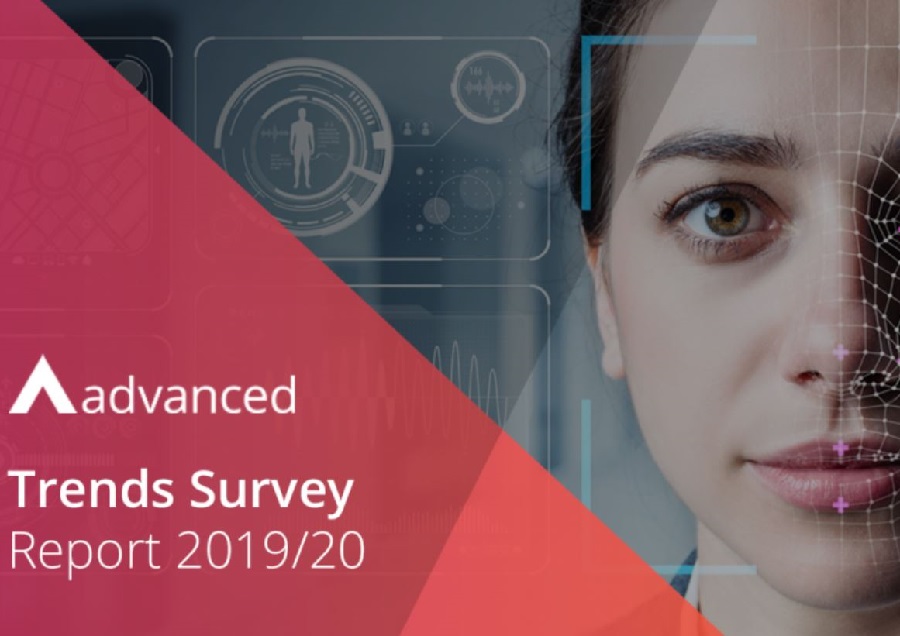 A new report from Advanced, one of the UK’s largest software and services providers, has revealed workers’ increasing hunger for innovation to improve the way they work. Findings from its Annual Trends Survey for 2019-20 show that disruptive tools are fast earning their spot as must-have tools in the day-to-day workplace.

As much as 38% of the survey respondents say they are seeing Artificial Intelligence (AI) in their daily working lives – up from 26% last year – while 29% are seeing chatbots (up from 18%). One in four are seeing wearable technology and, perhaps most remarkably, 26% are seeing Robotic Process Automation (RPA) – a 15% jump in 12 months.

These are just some of the key findings from Advanced’s fourth Annual Trends Survey for 2019-20, which has been conducted to give the mid-market business community its say on how British businesses are faring in the digital-first era. Over 1,000 senior decision makers working in UK organisations with more than 100 employees took part.

The survey also reveals that 77% would be happy to work alongside robotic technology if it meant less manual processes – up from 65% when compared to last year’s survey. Reassuringly, there is an increase in preparedness to make the change. Around half (52%) say more than half of their organisation is ready to adopt new technology – up from 41%.

“What’s clear from our latest report is that there is a growing appetite to adopt innovative technologies such as AI and RPA,” comments Gordon Wilson, CEO at Advanced.  “Finally, these solutions are getting the reputation they deserve. These so-called disruptive tools have been given a bad name over the years, with the threat of robots taking people’s jobs. “The reality is they enable businesses to accelerate and compete, as well as simply help staff work more productively and become more engaged. Manual processes typically take up a lot of people’s time so it’s a no-brainer if AI and RPA can eliminate some of these processes to free up the workforce to spend more time on higher value tasks.”

Interestingly, 51% now believe a robot would be better at decision-making than their boss – a significant jump up from 34%. While this figure might come as a blow, Gordon argues there will always be a need for human intervention and that leaders should see this as an opportunity to embrace technology to accelerate their decision-making abilities.

“12 months on and technology is more reliable and able to make faster and more accurate decisions – and this makes it the perfect ally for senior leaders. Robotic technology can operate 24/7, as well as automate a high volume of information to generate insights quickly, while leadership teams can use this information to make more informed decisions and gain the insight that’s required to look ahead.”

Advanced isn’t alone in efforts to encourage organisations to innovate and adopt technologies like AI and automation. The government, for example, has recently pledged £80m for the provision of automation services to accelerate the uptake of RPA across the wider public sector. Meanwhile, a Microsoft research report has warned that UK organisations will be held back if they fail to take advantage of the AI opportunity.

“Our own research indicates that organisations that fail to embrace AI in production and at scale will find themselves at a significant disadvantage within the next five years. There are low-friction, low-risk entry points like conversational AI that organisations can easily, and affordably, get started with and prove its value before moving on to wider deployment of AI.”

Other key findings from Advanced’s report include:

Visit here for the full Annual Trends Survey for 2019-20.