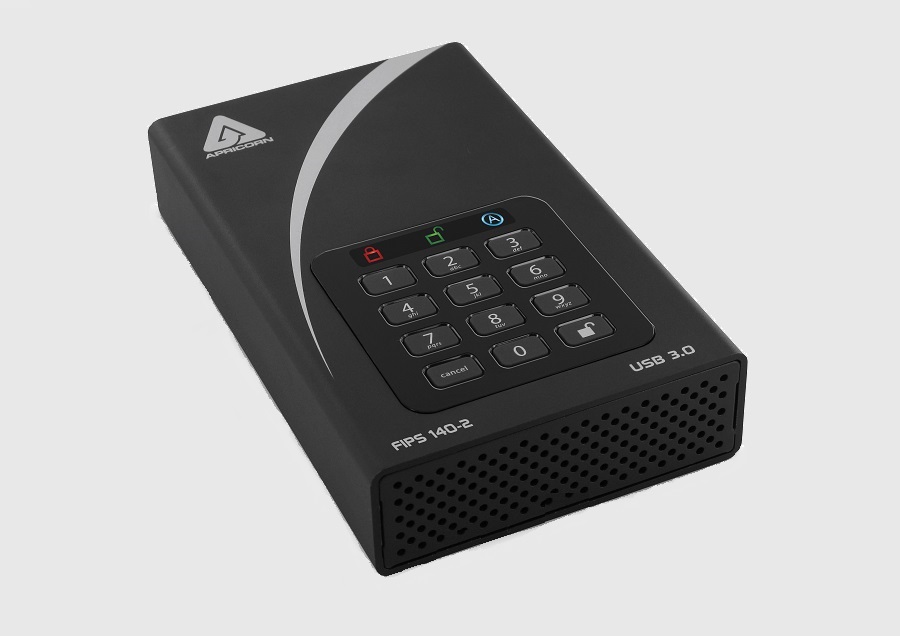 The Padlock DT FIPS Desktop Drives come with AegisWare™ – the proprietary firmware and feature set unique to Apricorn’s Aegis Secure Drives and Secure Keys. Consistent with the Apricorn line of secure drives, all passwords and commands are entered by way of the device’s on-board keypad. All authentication and encryption processes take place within the device itself and never involve software or share critical security parameters (such as passwords) with the host computer. Additionally, all have military grade 256-bit AES XTS encryption so firmware is locked down and can’t be updated or modified, defending against malware and ensuring data remains secure and accessible only by the user.

“The Padlock DT FIPS are secure, easy to use drives for organisations that want to ensure their sensitive data is secure at all times. As ransomware continues to be one of the most dominant cyber threats organisations’ face, businesses must back up their data and store it disconnected from the network to enable fast recovery in the event of a cyber-attack whilst encrypting it to comply with data protection legislation” said Jon Fielding, Managing Director, EMEA Apricorn. “Adding the 18TB drive to our product set provides businesses increased storage capabilities and the assurance that should they be targeted, they can thwart ransomware attempts with a secure encrypted data backup”, Fielding added.

Featuring the largest encrypted external USB storage capacity in its class, the Aegis Padlock DT FIPS Desktop Drives offer nine capacities ranging from 2TB, up to the new 18TB of secure storage. Fully hardware-based and 256-bit AES XTS encrypted, the Padlock DT series bolsters on-board keypad PIN authentication and ultra-fast USB 3.2 Gen 1 (3.0) data transfer speeds. All data is encrypted on the fly as it’s being written to the drive, and the devices’ PINs and data remain encrypted when the drives are at rest.