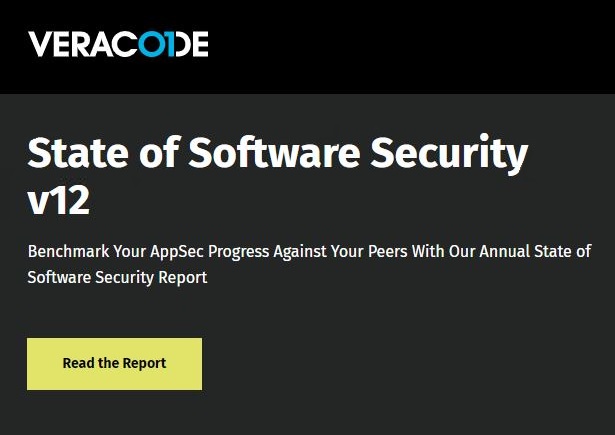 Veracode, a leading global provider of application security testing solutions, today released data revealing that the financial services industry ranks among the best for overall flaw percentage when compared to other industries, but has one of the lowest fix rates for software security flaws. The sector also falls to the middle of the pack for high-severity flaws, with 18 percent of applications containing a serious vulnerability, suggesting financial firms should prioritise identifying and remediating the flaws that matter most.

The findings were outlined in the company’s annual State of Software Security report v12, which analysed 20 million scans across half a million applications in the financial, technology, manufacturing, retail, healthcare and government sectors. Across the six industries, the financial sector has the second-lowest proportion of applications containing security flaws, at 73 percent. In last year’s report, the industry boasted the lowest number of software security flaws across all sectors but has been overtaken by manufacturing in this year’s study. Despite having fewer flaws overall, the financial services sector comes joint last with technology and government for the lowest proportion of flaws that are fixed.

“One of the advantages of serving the software development community for so many years is that Veracode can see changes in development practices across industries over time. We found that while financial services applications have fewer security flaws than last year, the sector lags behind other industries when it comes to fix rate. Our research showed that security training can significantly improve remediation speeds, and that companies whose development teams had completed hands-on training using real-life applications fixed flaws 35 percent faster than those without such training,” said Chris Eng, Chief Research Officer at Veracode.

While there is undoubtedly still room for progress in terms of both flaw prevalence and remediation rates, when financial services organisations do fix vulnerabilities, they move at a quicker pace than most.

Eng said, “The U.S. Executive Order on Cybersecurity, alongside mandates on security controls regarding open-source usage, such as GDPR and the New York Department of Financial Services Cybersecurity Regulations, has highlighted the importance of securing the software supply chain. Being a highly regulated sector may go some way to explain the financial industry’s relative speed in addressing vulnerable libraries discovered through software composition analysis (SCA).”

Flaws in third-party libraries found through SCA tend to stick around longer for all industries, with 30 percent still unresolved after two years. When it comes to addressing open-source vulnerabilities, however, the finance sector remediates at the same pace as other industries for the first year but then quickens its pace to gain a month on the cross-industry average.

Although the finance sector outperforms most other industries in fix times for flaws discovered by dynamic, SCA, and static, the study found there is still ample room for continued improvement when looking at the number of days it takes to resolve 50 percent of flaws—116 days for dynamic analysis, 385 days for SCA, and 288 days for static analysis. With third-party components comprising as much as 90 percent* of an application’s codebase, scanning early and often using a combination of testing types reduces unplanned emergency remediation work and mitigates the risk of introducing third-party security flaws into software.