How a leading beauty brand realised an immediate £60,000 contribution to profit through a new EDI approach - IT Supply Chain 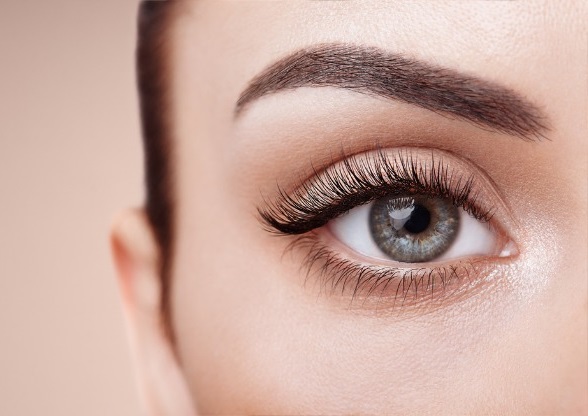 Background: the need for automation

Transatlantic beauty company Space NK is credited with turning many independent and niche manufacturers into household names. Laura Mercier, Eve Lom, By Terry and others making popular skincare products, cosmetics, gifts and accessories have all benefited from this leading brand’s stellar growth.

Space NK – the initials signify the name of founder Nicky Kinnaird – opened its first store in Covent Garden, London, in 1993. Since then, expansion across the UK and into the US has seen the opening of more than 100 stores including in-store concessions within the Stateside retail chain Bloomingdales.

The IT processes involved in managing Space NK’s extensive supply chain and routes to market have to be robust, secure, cost-effective and easy to operate.

When Chris Wakeham, Global IT Director, joined Space NK from French cookware manufacturer Le Creuset, one of his main initial priorities was the automation of order processing. Chris is an expert in the deployment of EDI, or electronic data interchange. This is the essential underpinning software that enables digitised information to be shared among trading partners. Instead of raising orders and invoices manually and sending documents by email or post to be keyed into partners’ systems, EDI has automated data sharing for companies across the world, eliminating the need for paper documents and improving accuracy.

When he arrived at Space NK in 2013, Chris quickly identified the scope for doing far more with EDI.

“There was low uptake of EDI across the business,” he recalls. “There were elements of EDI in place in the US but overall it was not offering value for money and colleagues had relatively little knowledge or understanding of how EDI could remove overheads. Everything had to be manually keyed in, including orders on pdf and email which could be 1,000 lines long, so bringing in the risk of errors and data inaccuracies that could slow things down. With some suppliers if you didn’t put a correct order in within a set timescale, you then had to wait for several days until the next slot became available. The whole process of using EDI was quite laborious. It was seen as a huge overhead to the business. That was the reason it hadn’t really taken off. Because of my previous industry experience, I knew things could be made a lot better.”

Chris likens the usual experience of EDI at the time as a ‘chokehold’.  The charging model used by most incumbent EDI providers was what is known as a VAN, or value-added network. This is a traditional approach under which the customer is charged by the number of characters in their trading messages, with penalties for going over an annual limit. Space NK were being penalised by having to accept VAN charges simply because it was the model mandated by a retail trading partner’s EDI provider.

“VAN doesn’t really offer any value at all,” says Chris. “It’s very hard to set a limit at the outset and the costs spiral the more successful you are. We didn’t want to be penalised for exceeding VAN restrictions because we were doing more business.  VAN is a very granular barometer of charging. It’s antiquated and simply introduces overheads.”

Try as he did, Chris could not influence the trading partner’s EDI provider to evolve its legacy model. “I remember having conversations with them to reduce the character cost by 10% but to no avail. They also told us we were too embedded to move to another provider because it would be too complicated to switch. They tried to tie us in, thinking they had us over a barrel. I really wanted to get away from what was a chokehold and find a provider who could actually offer us value.”

The business case: moving on from the VAN approach

It was clear the trading partner’s mandated VAN approach, costing around £60,000 a year, was not sustainable and a better solution was needed. “I was in the middle of a huge ERP update that required an EDI integration,” says Chris. “EDI was the thorn in the side because of the costs involved. We had to have it working more effectively for us. For one thing, certain customers will only trade with you if you have EDI up and running, and we didn’t want it to wipe out the value of doing business with them.”

At this point, Space NK were already working successfully on EDI activities in other areas of the business with automation and integration specialist Transalis. Chris decided to approach them about how to mitigate the problem with the trading partner’s EDI provider and see if there was a more efficient way of doing things. He knew there were only two or three people in his team with a strong level of EDI knowledge so he discussed the VAN issue with Kieran O’Connor, Business Development Manager at Transalis.

“We went through everything,” says Chris. “I quickly became confident Transalis could work very closely with my team while liaising directly with the retail partner and taking care of all of the wider onboarding across the trading network. In the end, making the case was a very easy sell to my fellow directors and the trading partners. We were able to demonstrate that a fresh approach would be cheaper, easier to integrate, and remove barriers to onboarding. All of a sudden, EDI became a hot topic again.”

The implementation: removing the headaches

At the beginning, the responsibility for starting the integration piece was shared between Chris’s team and Transalis.

“Together, the aim was to put in a platform on which we could operate a templated protocol,” says Chris. “Behind the scenes, EDI can be very complex and it’s true that many experienced IT people are hesitant to get involved. EDI integration is a bit niche between departments and seen as a specialist requirement. Transalis removed all the potential headaches involved in that. They had an ability to understand what we were trying to achieve and an appetite to make integration lighter, cheaper and easier for us.

“The technical specification and the importing of the solution into our ERP was not too onerous. Transalis first of all exported the EDI data in an XML format. This is a broad format of which my team already had knowledge and understanding. By translating messages into a format my team could readily work with, Transalis made it easy to import the data into the ERP.

“As soon as the integration with our internal systems was done, we were able to move ahead very quickly but with dramatically reduced hands-on technical involvement. We got used to seeing the reassuring message ‘Your XML order is ready’. At the same time, the openness of our relationship with Transalis meant they were happy to share their technical expertise with us so we could also build more knowledge within the in-house team. It took only one week to onboard the first partner with Transalis as EDI provider. We brought the rest in very quickly as soon as that was achieved.”

Switching to the cloud-based EDI platform had immediate benefits, says Chris. “It instantly removed a significant VAN charge involving the retail partner. That was inflating EDI costs by an unsustainable £60,000 a year because of the granular level charges for each character of data sent. Instead, VAN was replaced by a straightforward fee for managing the connection that was a tiny fraction of what we had been paying. We also increased our speed of processing. We were able to process sales documents in seconds whereas before it could have taken three or four days. Many orders were in excess of 1,000 lines which could take a long time to manually input – not only with us, but also with our trading partner – so increased speed saved both vendor and customer time. As soon as the new solution went live, it cemented EDI within the business. We immediately saw the operational benefits. Because EDI was now more agile and less expensive, we could move it further into our processes. Transalis removed the barriers to EDI. Previously we only used EDI with customers who specifically requested it.

“After the first trading partner was onboarded, it snowballed quickly. Initially with large retailers such as Bloomingdales, Harrods and Selfridges, but soon to customer interactions and other vendors. Now we could see the benefits of trading with more partners over EDI. It enabled far better engagement with our trading network. It became much easier to onboard multiple vendors and customers. There are benefits to all parties in a trading relationship when you implement EDI integration.”

As with companies and organisations across the world, Space NK had to respond urgently to the rapidly unfolding Covid crisis.

Many business-critical decisions were made to cope with the impact of the pandemic, including a new retail model for the US.

Chris says EDI helped in many ways. “Covid hit us very hard in the US, impacting our Bloomingdales concessions. Eighty per cent of our US outlets were already inside Bloomingdales, with us operating the concessions ourselves. Now, although we still have a presence, these are no longer concession-managed. We moved to a model where the retailer takes on our wholesale stock and manages it. Our US retail arm had just six weeks to ensure our EDI systems could deal with this change and still monitor stock and sales. We rely completely on EDI for sales transparency so it was essential that EDI could help us operate the new model. We did it. If we hadn’t managed to do this in time our operations in the US would have stopped.”

As well as supporting the new retail model, EDI helped Space NK’s team implement other new ways of working brought about through the impact of Covid.

Chris says: “Lots of other companies began experiencing day-to-day frustrations because staff were home working and not present in their departments. In some cases they had to resort to manually processing orders once again. We avoided all that. Because our EDI systems were live during Covid and we knew how to operate them, people could simply log in from home and manage orders remotely. They just have to push a button to accept an order.

“EDI makes it easier for people working from home to process orders. EDI has allowed us to keep up with these rapidly evolving times without the frustrations other companies have experienced.”

Advice to others: challenge your provider and choose fixed-cost

Chris says: “Don’t choose a provider that prices by character or VAN charges. Choose one that has a fixed-cost bundled approach. We were paying £60,000 over the odds and were determined to move from our old provider because they were complacent, unhelpful and unwilling either to reduce their fees or be more agile.

“From a technical standpoint, EDI can be a scary prospect with regard to integration into your systems if you haven’t previously used it. There is a perception that it’s expensive and technical and you will be ‘locked in’ by your EDI provider. As in our experience, some providers do make it appear overly technical, saying that you have to follow a certain set of rules and incur overheads in terms of time, cost and materials, so they can charge you more and tie you in. Once you are in that cycle, it’s very difficult to unwind from it.

“In reality, that’s all from the old days of EDI. The world has changed and EDI is now much more cost-effective and far easier to implement. You no longer need specialist skills because the supplier can handle all of this for you. You don’t have to do so much yourself. It had been a laborious task for Space NK but Transalis did all the heavy work and took the overheads away.”