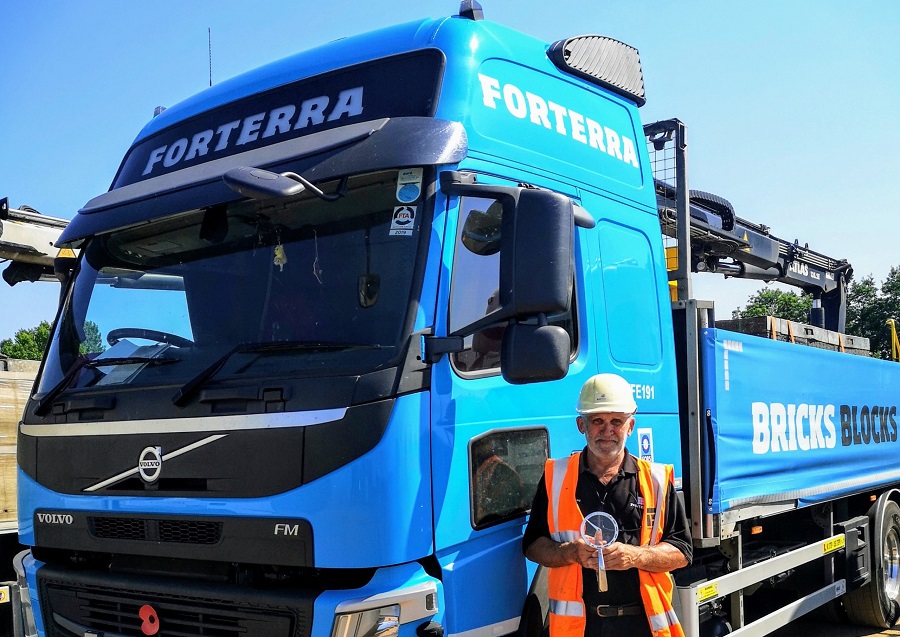 A driver from Forterra Building Products Ltd has won the Lifetime Achievement Award category in the Microlise Driver of The Year Awards 2020.

Garry Bellamy, who has been recognised with the Lifetime Achievement award for 2020, was just fifteen when he joined the Transport Department of London Brick Company (now a part of Forterra Building Products Ltd) as an apprentice mechanical engineer. He passed his HGV driving test and became part of a team responsible for going out to vehicles that needed repairing or recovering. In 1981, Garry took the opportunity to become a full-time delivery driver and has remained one ever since.

Garry has experienced a lot of change during his 39-year driving career (and during his 50-plus years with Forterra) and has worked to continuously improve and upgrade his skills. When he first started driving, trucks were equipped with little more than a crash gearbox and a steering wheel. Today technology plays a central role with telematics, driving style analysis, and engine management systems underpinning life on the road. Garry has adapted to all these changes, taking them all in his stride, and has remained a popular and highly dependable team member throughout.

According to Chief Executive of Microlise Nadeem Raza, the judges relished their role in finalising the nomination category winners. “The Microlise Driver of the Year Awards uncover fantastic drivers who have stories that highlight the sheer hard work, dedication and single-minded professionalism that is needed to excel in this industry. This is something we have always championed with our awards initiative recognising the industry’s highest achievers.”