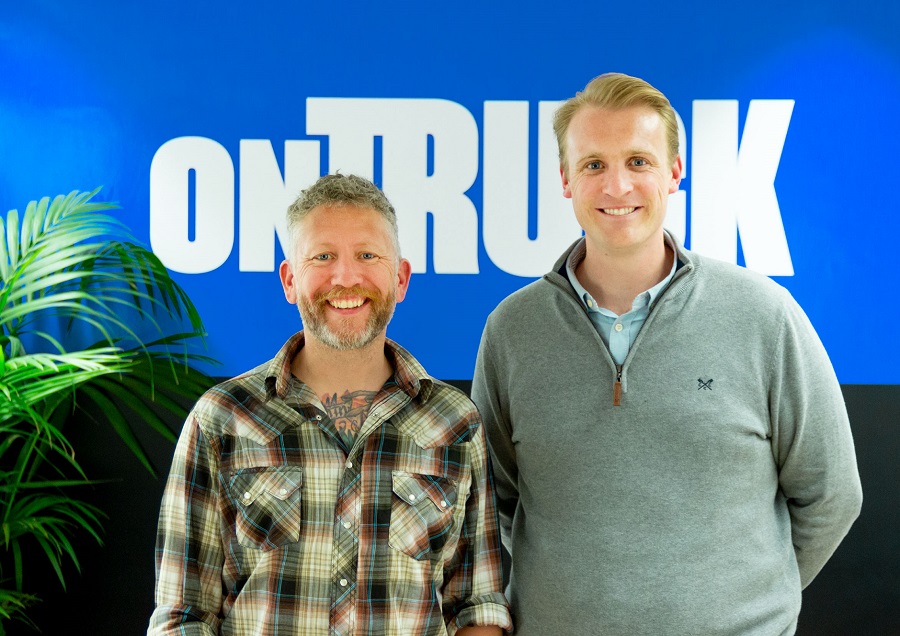 Ontruck, the road transport company and latest venture of serial entrepreneur Inigo Juantegui, has quietly been staffing an all-star executive team as it arrives at 150% yearly revenue growth since launching in the UK in 2018. The two latest hires, Nolan Andelin, former Senior Manager of Product Operations of Uber and Samuel McGuirk, who previously oversaw global operations at Just Eat, indicates a strategic early investment from Ontruck into teams and talent as it continues to scale in the European marketplace. In the last year, UK shipments made using the Ontruck platform have grown by 41% with weight in tonnes moved also increasing by 44%.

As the new Head of Marketplace, Nolan Andelin will be tasked with consolidating Ontruck’s marketplace business strategy and plans to apply his strong track record of Silicon Valley experience as a Senior Product Operations Manager at Uber. “Silicon Valley is an amazing place and provides an opportunity to enjoy wildly diverse perspectives and approaches to the world, creativity is in abundance and I was lucky enough to have friends and colleagues who were interested in solving problems and open-minded enough to take new paths to any solution.”

Nolan will be a major asset in helping Ontruck deliver their competitive dynamic pricing model, one of the main tools showcased on the company platform that guarantees competitive real-time pricing for drivers and shippers to help to lower costs and reduce empty miles, bringing greater efficiency to the regional delivery ecosystem.

Nolan will be reinforcing a team of over 160 people from 28 different nationalities, each with first-class professional profiles from leading national and international companies in the field of transport and logistics, as well as in technology.

Nolan is also joined by Samuel McGuirk who has been appointed as Ontruck’s Head of UK Operations. Prior to Ontruck, Samuel was the Senior Manager at Just Eat where he led a Global Operations function, managing teams across Italy, France, Ireland, Canada and Spain. His expertise in scaling companies across global markets will play a fundamental role in the next wave of growth of Ontruck in building out the operational playbook across supply and demand management, customer service and data management.

“Coming from Just Eat, a tech-driven business where operations play a pivotal role, I look forward to bringing the extensive consumer-focused approach to Ontruck.” He adds: “It is a privilege to join such a disruptive, forward-thinking and data-oriented business and for me the real challenge is delivering a customer-centric operating model, providing benefits to both shippers and hauliers from a financial aspect but also creating an efficient logistics ecosystem here in London.”

Ontruck’s founder Iñigo Juantegui is no stranger when it comes to leading a company through major growth, having successfully founded and scaled La Nevera Roja and later selling it to Rocket Internet where it eventually became part of the Just Eat franchise. The decision to invest early in teams and people with high profile backgrounds in transport and technology signals a major milestone as Ontruck gears up to have the right people in place making critical decisions as they continue to build a new disruptive tech-driven marketplace.