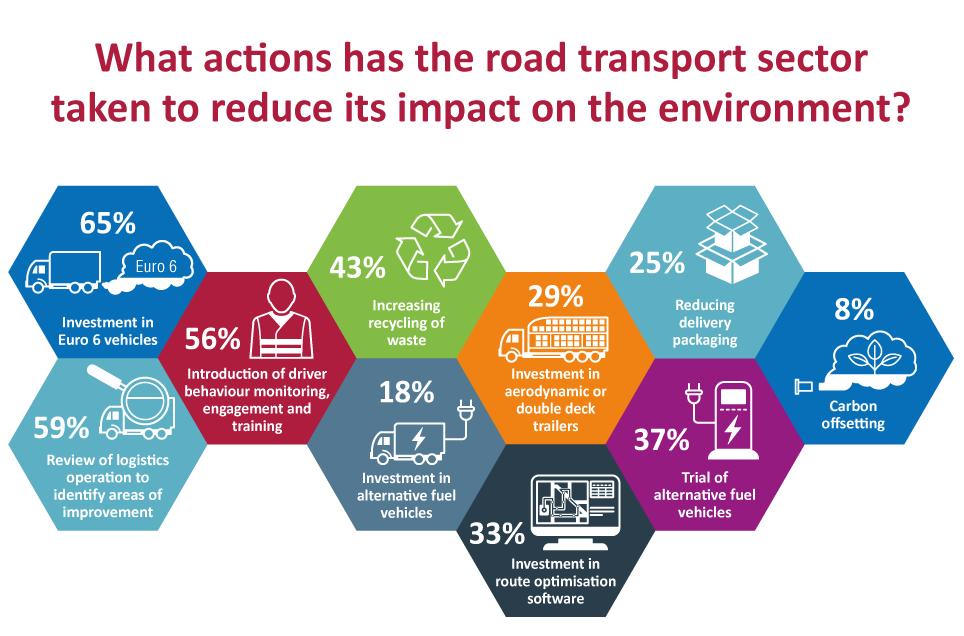 Three quarters (75%) of transport planning professionals have seen increasing pressure on their logistics operations to reduce environmental impact in the last 12 months, yet two thirds (66%) believe that much more needs to be done to keep pace with public pressure for action. These were just some of the key results from the Paragon Software Systems’ annual UK customer survey completed by more than 100 industry specialists.

The findings suggest that the greatest pressure for change is financial, with 56% of respondents highlighting added costs such as rising fuel prices. The need to comply with Central Government (36%) or Local Government (26%) regulation was very much a secondary driver, followed by the need to meet customer (22%) and internal (18%) CSR requirements. The results also point towards the importance of public and staff opinion, with 25% and 16% of respondents respectively claiming that significant pressure was coming from their growing dissatisfaction.

Almost half (46%) of respondents claimed that substantial green improvements had been achieved by their logistics operation in the past year, a far greater proportion than the 21% that said no positive results had been achieved. Where improvements had occurred, the vast majority was associated with reduced mileage and fuel usage as a result of enhancements to route planning and/or driver behaviour. However, 33% simply did not know because performance data was either not available or had not been shared, pointing towards the need for greater levels of visibility, measurement and reporting within logistics operations.

Unsurprisingly, sustainability initiatives over the past 12 months have been largely centred around the procurement of less polluting vehicles. Alternative fuel vehicles have yet to gain real momentum with only 18% of respondents adding them to their fleets, compared to 65% investing in Euro 6 diesel vehicles and 29% in aerodynamic or double deck trailers. This seems to be due to the high capital cost of greener vehicles and technology as well as the lack of viable alternative fuel vehicles, with 71% and 50% stating these were major barriers to reducing environmental impact. However, 37% did say that alternative fuel trials had been undertaken in 2019, so there is a growing appetite to explore emerging vehicle technology.

Improving fleet efficiency was also a key focus for many with 59% of respondents reviewing their logistics operations to identify areas of improvement and 56% introducing some sort of driver behaviour monitoring, engagement and training programme. Waste management has also become an important consideration amongst logistics operations with 43% increasing recycling and a quarter taking steps to reduce delivery packaging.

When asked what is likely to be most successful in reducing the environmental impact of the road transport sector in the next five years electric HGVs (69%) and electric / alternative fuel vans (55%) were by far the most popular responses. In addition, a significant number of respondents believed improved supply chain modelling (38%) had an important role to play as well as the introduction of urban bans for diesel vehicles (36%) and consolidation centres (19%). However, it is worth bearing in mind that 69% felt that only with new legislation will meaningful change be achieved and ensure the industry meet targets moving forward.

William Salter, Managing Director of Paragon Software Systems commented: “The widespread frustration with politicians and big businesses, culminating in protests worldwide during 2019, should act as a wake-up call to climate-polluting industries such as the road transport sector. Despite advances in more efficient vehicle technology, emissions omitted by HGVs and vans continue to rise, so much more needs to be done. The findings of our annual survey suggest that most logistics operations are in some way looking to operate efficiently, but this is perhaps more linked to cost reduction than part of a genuine strategy to minimise environmental impact.”