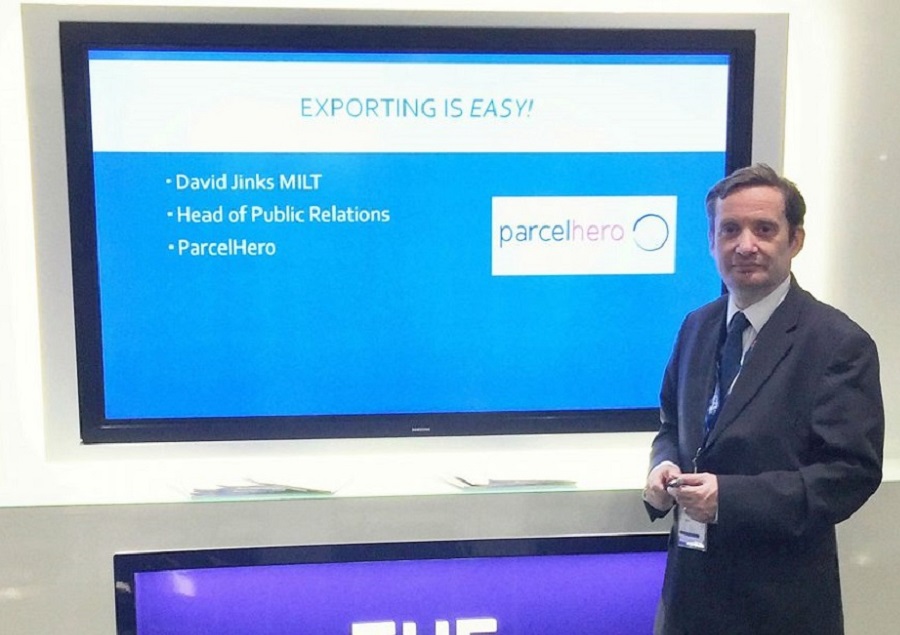 ParcelHero’s Head of Consumer Research, David Jinks MILT, says: ‘Alibaba’s Singles’ Day sales shot up 27% on Sunday compared with 2017, and Alibaba’s main Chinese rival JD.Com also reported a record £17.83bn for its own extended event. The early results show it was quality items that sold in larger numbers than ever before; and that’s great news for UK manufacturers and retailer taking part in the event.’

‘And other British quality names enjoyed similar success. A £230 limited edition Burberry woollen scarf sold exclusively on Alibaba’s Tmall platform for Singles’ Day was revealed in advance, and completely sold out by 8 November.

David says the move upmarket amongst Chinese consumers was noticeable: ‘For the first time Apple’s iPhones were the top-selling mobiles on Singles’ Day, beating bargain Chinese rivals such as Huawei and Xiaomi. That underlines the perceptible switch by Chinese consumers towards high quality brands over cheaper products which paved the way for British sales successes.’

Reveals David: ‘More brands than ever before, and a record number of consumers from outside China, took part in 2018. Thanks to this year’s Royal Wedding and the continuing popularity of TV programmes such as Sherlock and Downton Abbey in China, the China-Britain Business Council reports there is an ongoing high demand for British quality products, ranging from Tangle Teazer hair-care products to Rolls Royce cars; and this was underlined in Britain’s Singles’ Day success. Other quality UK companies with their own Chinese Tmall stores, such as Whittards of Chelsea and Waitrose, are also likely to have performed well on the day.’

And David reveals that British consumers also embraced Singles’ Day, despite its unfortunate clash with Centenary Remembrance Day events in the West. ‘In 2017 Facebook revealed that the US, Brazil, Mexico, Turkey and the UK represented 56% of Greater China’s advertisers’ conversions on Single’s Day. That’s not surprising as last year Alibaba considerably expanded the event in the West. This year rising downloads of the AliExpress app meant canny British shoppers climbed aboard in greater numbers than ever before.’

And David concludes that Chinese online sellers weren’t the only winners: ‘Brands from River Island to Nike, Zavvi and ASOS have all embraced Singles’ Day here in the UK and helped make it a new red-letter day on shoppers’ calendars.’

For more information about the origins of Singles Day and its single-minded global growth, see:  https://www.parcelhero.com/blog/marketplace/forget-looking-for-love-just-treat-yourself-on-singles-day