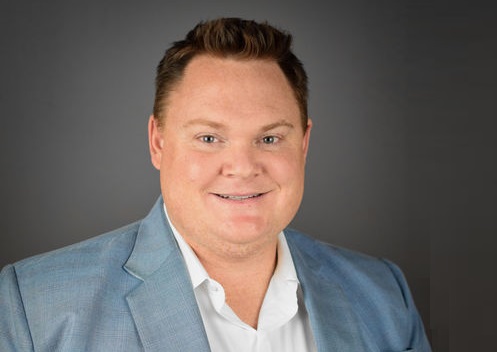 On March 23, 2021, the global shipping industry took a collective gasp last month when the 1,300-foot-long Ever Given blocked the Suez Canal. For almost a week, supply chain managers scrambled to make decisions about how to handle the backlog and left themselves wondering about what to do if (and when) something like this happens again.

The trouble in the Suez is causing ripple effects across the world. For instance, in the immediate aftermath of the blockage, we saw increased delayed shipments across all sectors. Late shipments spiked the most in Retail (11%) during the week of the blockage. In the week following the initial blockage, Manufacturing and CPG saw reduction in late shipments during the next week of March 28, with a drop of 4% and 2%, respectively, while delays for Retail shipments continued to increase by 5%.

While logistics managers have limited control over a shipment’s departure or arrival, supply chain visibility tools can mitigate the impact of crisis — whether it’s caused by human error or Mother Nature — by keeping teams nimble, proactive and collaborating seamlessly with both internal and external stakeholders.

Hard Decisions Made Harder Without Visibility

When the Ever Given first got stuck, vessel operators had to make several quick decisions to limit the impact of the blockage. Most ships chose to wait out the delay until they could pass through the canal, while others detoured around South Africa, likely not saving any time. Shippers, beneficial cargo owners (BCOs) and receivers, meanwhile, had to debate whether new product should be air-freighted to meet demands, or whether they should look for locally sourced suppliers and distribution centers to fulfill orders. This sent the air freight market into a major capacity shortage and inflated prices.

With only half of ocean shippers currently using freight visibility software, according to a recent industry survey, the resulting decisions likely weren’t very effective. Those relying on outdated visibility tools — or worse, no visibility tools at all — have a harder time accurately calculating when and how to effectively change course. They need to simultaneously look at a variety of factors, including time, weather and availability of other lanes, to properly determine those changes.

Visibility of ocean shipments allows teams to see where ships are in real time, as well as potential backlogs they’ll face at their destination. A platform, such as FourKites’ Dynamic Ocean, helps shippers avoid costly demurrage costs and further delays once the freight is past the port and onto the road or yard.

Looking Past the Port

The ripple effects of the blockage have yet to fully be known or realized, but it’s clear that the effects will be far-reaching and long-lasting. For instance, looking at the period of March 1-April 13, 2021, we are seeing higher-than-average percentages of late deliveries in the Netherlands (87%), India (78%) and France (81%), compared to the average percentage of late shipments across the FourKites platform (74%). In the US, where congestion at the Ports of LA and Long Beach continues to be a persistent issue, we are seeing 85% of late shipment deliveries.

And for transfer shipments (or transshipments, when cargo or a container is moved from one vessel to another while in transit to its final destination), the impact of the Suez blockage is more extreme. Across the FourKites platform, we see a contribution of late shipments for ports in UAE, Spain (70%), Hong Kong (46%), Malaysia (58%) and Singapore (61%) at way above the 14% average of late shipments for transshipments.

Late Shipments for Pickup, Delivery and Transfer at Ports

With delayed shipments and backups from ports to warehouses and everywhere in between, it’s not just the supply chain that’s feeling the immediate pinch. Delayed product inevitably leads to delayed and missed potential sales, causing a domino effect for the global economy. On a smaller scale, we experienced a similar domino effect in the US from the winter storm in February.

Getting Ahead of the Next Crisis

FourKites CEO Matt Elenjickal recently said of ocean shipping, “While it’s really important to be able to track containers in real time, it’s insufficient on its own to break through the many logjams that regularly bring the flow of ocean freight to a halt.” As ships are built larger to keep up with growing containers and the demand for more shipments, they’re also outgrowing the infrastructure initially built in the 19th and 20th centuries. So as businesses search for the right balance between meeting market demand and accommodating current infrastructure, they must also consider the need to make their processes more efficient.

Between this year’s debilitating winter storm in the south, the Suez Canal blockage, and the ongoing overrun yards caused by the pandemic, the one thing that’s absolutely certain is the inevitability of future disruptions. The key to mitigating the impact of these is to leverage the technology platforms that allow for quick, data-driven decision-making, agility and communication with key stakeholders. Pen-and-paper processes are relics of the past; it’s time to dive into the future and collaborate as a community so that we can all stay afloat when the next disaster strikes.