To Error is Human - IT Supply Chain 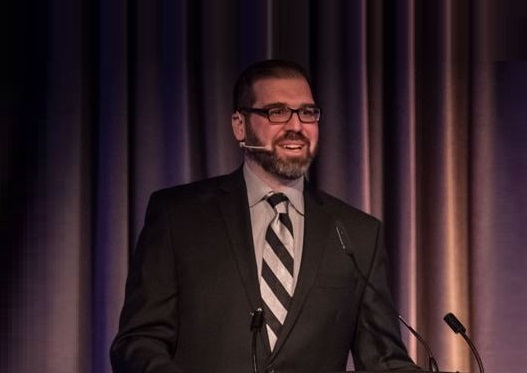 Two years ago, almost half of all product recalls in the US food industry were caused by undeclared allergens or labelling errors that typically manifest themselves in inaccurate coding. Today, despite major advances in coding automation, the dial has barely shifted; in the first five months of 2019, more than a quarter (27%) of US recalls were due to inaccurate labelling or allergen declaration. The issue is not limited to North America. In the UK, suboptimal coding has contributed to a 40% rise in food recalls, with three major brands recalling products due to labelling errors in the first few days of June 2019 alone. Similarly, the 2017 EU Rapid Alert System for Food and Feed (RASFF) reported a 28% increase in original notifications of risks identified in food, feed or food contact materials compared to 2016. The challenge also extends beyond food and beverages; manufacturers in many other industries – not least drugs and medical devices – continue to suffer costly product recalls due to deficiencies in their coding and labelling capabilities. In the Industry 4.0 era, these flaws are not only avoidable, they can be eradicated quickly and cost-effectively – in the process, unlocking productivity and efficiency gains that can seriously improve the bottom line. The message is simple: automated coding and marking equipment can help companies mitigate the risk of avoidable human error. It’s time it was integrated into supply chain operations.

Integrating coding automation into existing production lines and industrial networks has long been considered complex and expensive. As such, despite widespread use of Internet of Things (IoT) across most other aspects of the supply chain, many companies have continued to rely on manual processes and human intervention to ensure the right codes are printed on the right products, boxes and pallets. It’s a tremendous risk. With consumers increasingly requesting more nuanced products – like organic, artisan, lactose-free or gluten-free – manufacturers are now sending a wider variety of products down a single production line, ramping up the pressure on already-streamlined resources and placing the responsibility for code validation squarely on operators’ shoulders. The challenge is particularly intense at ‘changeover’, when – as part of a diverse range of primary tasks – operators must quickly determine the right code for incoming (and often similar-looking) products without slowing or stopping the production line. It’s a huge ask that’s understandably prone to human error.

The idea that coding automation cannot be integrated into industrial networks is a myth. The fundamental principles of Industry 4.0 – collaboration and integration – are just as achievable with coding as they are with everything else. Historically, companies have typically deployed automated coding equipment as standalone solutions, separate from their other business systems. This has meant that many organisations have missed out on the opportunity for operational efficiencies and inadvertently increased the risk of coding error. It need not be the case. The emergence of new coding technologies and compatible software solutions has transformed supply chain operations. Now, with the simple application of IoT methodology, it’s possible to integrate automated coding solutions into an existing network. Through a single connection – and without needing to know the industry protocols or characteristics of a printer – coding software can leverage data that exists within an ERP, SCADA or other automated system, to populate a label and push it to the printer without any manual intervention.

The benefits are substantial. In progressive organisations that have successfully brought their coding capabilities into the Industry 4.0 era, labelling errors – and expensive product recalls – have been eliminated and changeover processes have become much more efficient. For example, one well-known food manufacturer – who fully automated coding through their SAP – has not only eliminated coding errors, they’ve significantly increased productivity by minimising reworking and removing associated downtime that typically accounted for as much as two hours each day. Similarly, a major beverage company – where gaps in coding processes had led to a $40,000 recall – has completely removed human intervention failures with the introduction of integrated automation, mitigating production risk and increasing efficiency by 100%.

In both organisations, and many more, embedding coding automation into major business systems is allowing a full, seamless communication stream and data sharing that’s fuelling more efficient operations. Moreover, busy operators are being freed to focus on their main priorities – getting high quality products out the door, first time, every time.

Despite the advantages of coding automation, some companies still rely on traditional manual processes. The common misconception is that coding software isn’t sophisticated enough to integrate with other systems or comply with industry protocols and is an unnecessary barrier to progress. Similarly, companies often focus their attention (and investment) on large capital equipment, overlooking inefficiencies in secondary or tertiary systems. However, with businesses under significant pressure to increase Overall Equipment Effectiveness (OEE), there are huge efficiency gains to be made by stitching coding automation into the fabric of wider supply chain operations. Moreover, the knock-on effect of better compliance, greater productivity and fewer recalls naturally leads to a healthier bottom line performance.

So how can organisations realise these benefits? Fundamentally, success depends on adopting a Triple-A approach; Audit, Act and Automate. Primarily, plant managers should evaluate their existing set-up to identify major pain points. What and where are the current causes of inefficiency and downtime? Which solutions operate outside your normal automation systems and why? It’s only by fully auditing your coding creation and development processes – which, by the way, need only take a couple of hours – that you can identify the fundamental drivers of errors and the associated impact they have on productivity and efficiency.

Secondly, be prepared to act on what you find. Often, companies build automation into their larger business systems but don’t consider the holistic benefits of bringing other solutions into the bigger picture. Sometimes, limitations with existing technologies prevent integration, stifling the advantages of interoperability. It’s important to make an honest assessment of current capabilities and respond accordingly.

Finally, in the Industry 4.0 era, if you’re not using automation everywhere you can, you’re likely missing a trick. There’s a school of thought that ‘automation is the future’ – but it’s a slogan that’s fast-becoming out of date. Automation isn’t the future, it’s very much the present. As artificial intelligence technologies become mainstream, fully automating a production line is no longer ambitious, complex or expensive – it’s practical, sensible and, crucially, affordable.

Ultimately, coding automation allows companies to reduce risk, save money and realise significant efficiencies within the production environment. To progress, companies must move beyond a reliance on traditional methodologies, and partner with a technology provider that – through integrated coding automation – can help them mitigate the risk associated with human error.