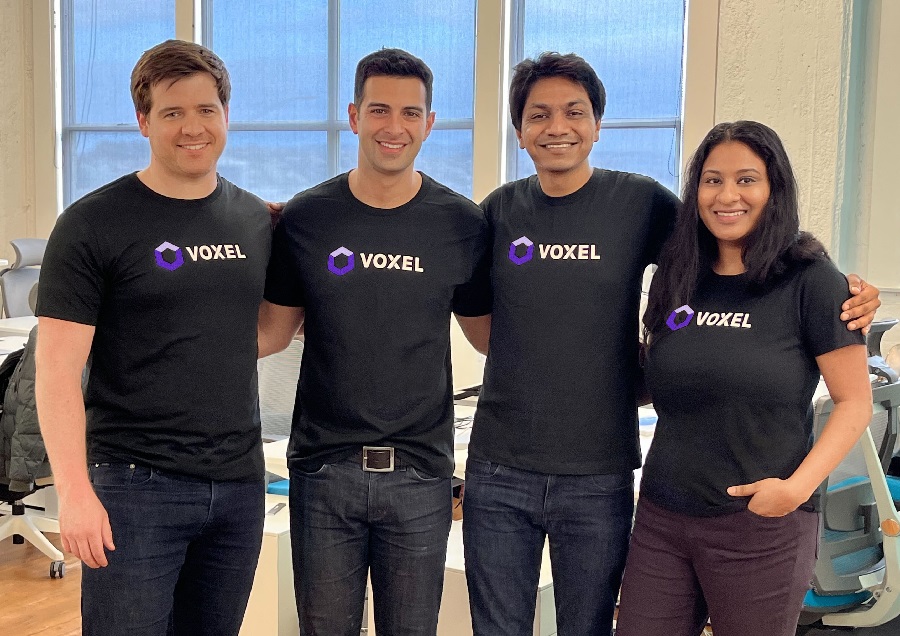 Voxel, a startup using computer vision to transform safety and operations in the workplace, is announcing its $15M Series A funding round led by Eclipse Ventures with participation from MTech and World Innovation Labs. Since raising its seed round in September, Voxel has grown at an unprecedented pace by decreasing on-site injuries by upwards of 80% and increasing operational productivity by over 20% at its initial customer sites. This latest round of funding brings total equity raised to $18M.

Using state-of-the-art computer vision technology and AI, Voxel integrates with existing security cameras to identify hazards, risky behaviors, and operational inefficiencies across a diverse range of workplaces. Once an event such as a spill, speeding vehicle, or ergonomics issue is identified, a real-time alert is sent to on-site personnel who can take immediate action. Voxel’s analytics help sites identify operational inefficiencies and design policies to prevent future issues. These proactive measures allow businesses to significantly reduce worker’s compensation and general liability costs, while improving their operations.

“Site safety and operations are often a reactive and manual process, where security cameras are reviewed after issues occur,” said Alex Senemar, CEO of Voxel. “Voxel is the first solution to allow companies to proactively identify key behaviors that lead to costly injuries using their existing camera infrastructure.”

In the last three months, Voxel has had a transformative impact on its customers’ operations as installations have grown by 10x.“It has been inspiring to see the impact of our product in the real world,” said Senemar. CTO, Anurag Kanugo added, “Many of our customers are seeing upwards of an 80% reduction in onsite injuries, and the impact on their operations has been significant.”

These early successes have attracted the attention of major insurance players who recognize Voxel’s potential to transform risk management and workplace safety. Voxel aims to fundamentally change how insurance companies underwrite risk and seeks to strengthen the relationship between insurers and their customers through robust data and actionable intelligence. The company emphasizes its commitment to privacy and security, and its algorithms do not track any personally identifiable information.

“We are at an inflection point in terms of rebuilding US manufacturing, logistics, and physical operations, which represent over 40% of the US GDP. Voxel’s technology catalyzes tangible results and lasting change in the safety and efficiency of their customer’s operations,” said Aidan Madigan-Curtis, Partner at Eclipse Ventures and Voxel board member.  “The Eclipse team believes Voxel’s core architecture, which takes a non-intrusive approach by leveraging existing camera infrastructure, and their cutting-edge AI applications will enable Voxel to become a category-leader in software and AI applications across a multi-trillion dollar set of physical-industry sectors.”

Voxel’s team has grown rapidly, adding key personnel to its staff from established industry firms, including Samsara, Verkada, Google, and Apple. The team has grown from 8 at the beginning of 2022 to close to 30, and the Series A investment will allow Voxel to accelerate its growth even further.