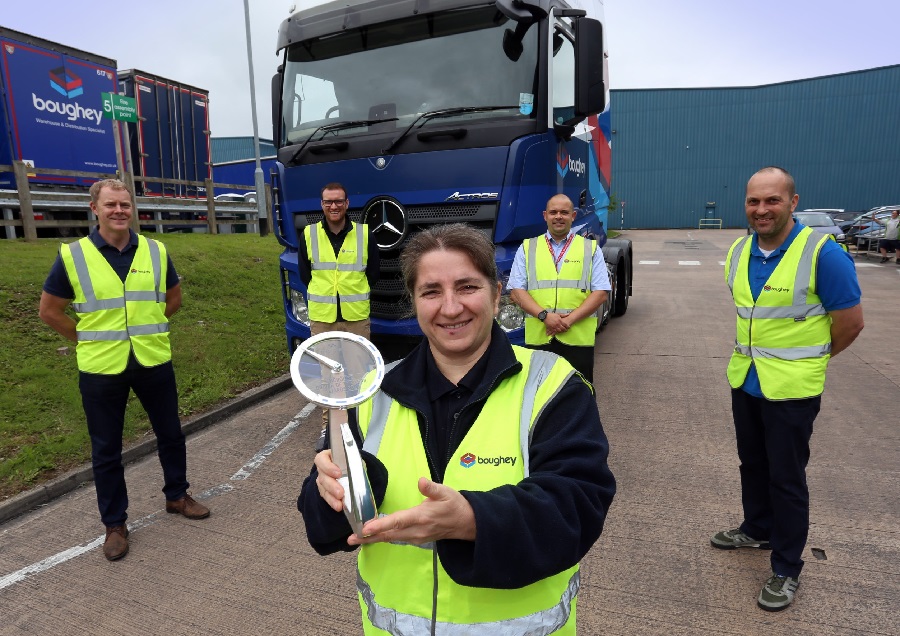 A driver from Boughey Distribution has won the nomination-based category of Most Improved Driver in the Microlise Driver of The Year Awards 2020.

With our nomination-based awards receiving more entries than ever before and our telematics based categories containing an initial eligible pool of over 225,000 drivers, our 2020 winners are real stars in the industry, having triumphed after a process of rigorous data analysis, corroboration by employers and assessment by an independent judging panel.
Dimka Ivanova only joined Boughey Distribution a little over a year ago and has already demonstrated a 100% improvement in driving performance – making her a worthy winner of the Most Improved Driver for 2020.  According to her operations director, Dimka is currently delivering a level of improved fuel usage that is exceptional for a day driver. Representing all that is good about 21st century drivers, Dimka is described as being conscientious and calm, taking everything in her stride.  She works to be the best she can be, listens to advice and acts on it. She also makes full use of the flexibility of a driving career to suit her lifestyle and family and childcare needs.

According to Bob Harbey, “The standard of entries was outstanding and a true credit to all those nominated. All of our shortlisted drivers would have been worthy winners and we particularly enjoy reading about drivers who are excelling in what is a relatively new career.  Although for many, it has taken a global crisis to highlight the critical role of drivers, we remain committed to recognising the most inspiring drivers who perform their role with such enthusiasm, commitment and expertise.”