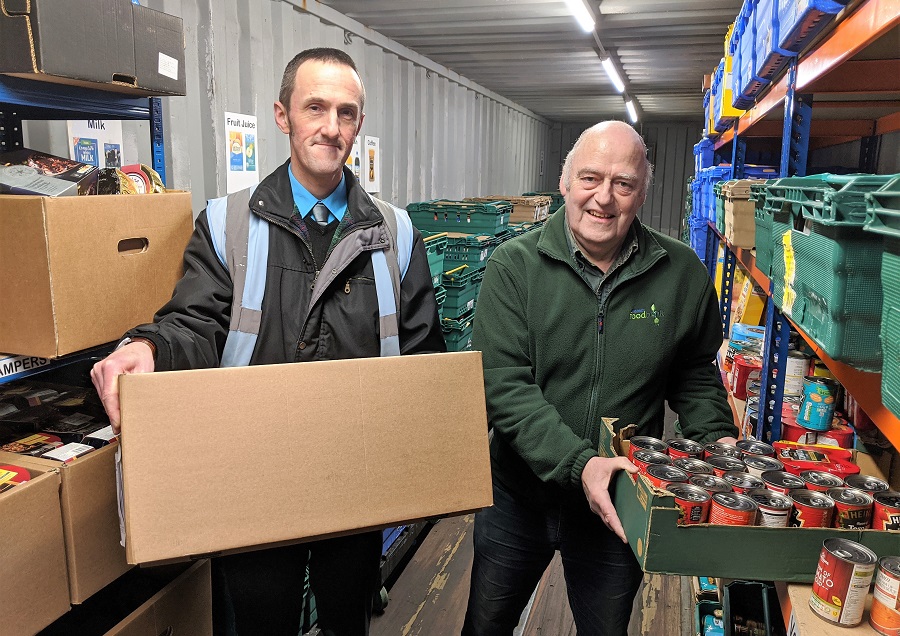 The Redditch Foodbank has doubled its storage capacity to offer significantly more scope as referrals increase, with more families than ever in food crisis seeking help.

Between April 2018 and March 2019, the Foodbank fed 2,346 people compared an equivalent period of September 2014 to 2015, when they fed 1,436 people, demonstrating the scale of increase and the challenge faced by many people today across the borough.

“The Redditch Foodbank had outgrown their original location so having identified a much larger area within our Beoley warehouse we were able to upgrade the Foodbank to a new facility which offers significantly more storage space for their expanding operations.”

From April 2018 to March 2019 of the 2,346 people fed by the Foodbank, 640 were children. 20% of the UK population live below the poverty line, including 8 million working-age adults, 4 million children and 1.9 million pensioners.

Richard Sturdey from the Redditch Foodbank commented: “We value the incredible generosity and support given to the Foodbank by Oakland International.

“We appreciate the new facility which has created a more efficient working environment and enabled us to process over 13 tonnes of donations during the Christmas period. Thanks to this partnership we were also able to pack and distribute 100 Christmas hampers to support local families in crisis.”