The year of the cobot? Robots would be more productive than some workers – V1 poll reveals - IT Supply Chain 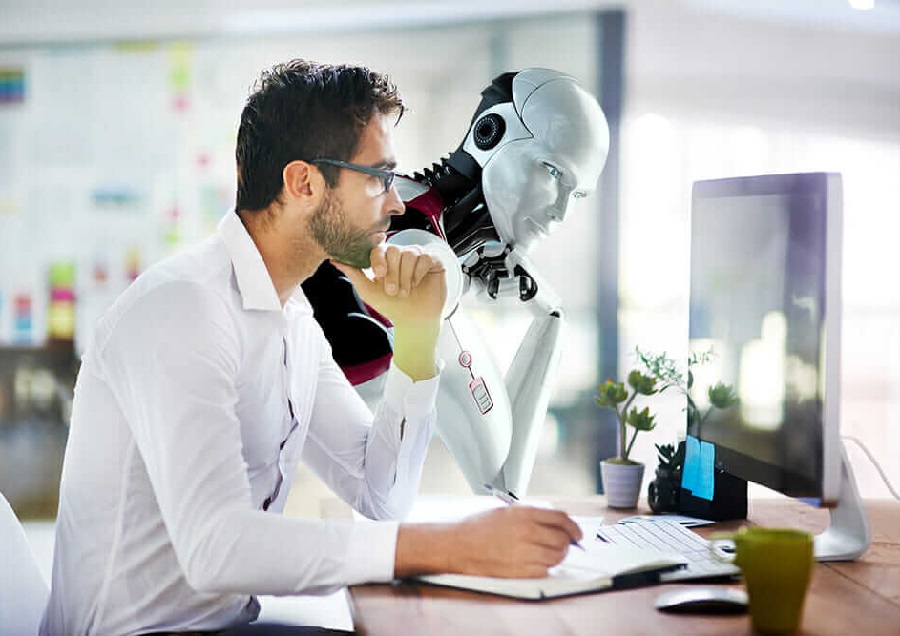 Nearly two-thirds (62%) of workers think a robot would be more productive than some of their colleagues, according to an online poll from automation company V1. The results echo recent concerns that the UK is facing a productivity crisis with the Office for National Statistics finding that UK productivity is suffering its worst drop in five years.

Brexit has been largely to blame as businesses scramble to keep up with developments and maintain business as usual, leaving workers time-short and stressed. V1’s Director Dean McGlone is calling for leaders to prioritise addressing this crisis – and embrace the ‘cobot’ era – as a matter of urgency.

“Businesses need to get better at supporting their staff in winning back valuable time to spend on higher value activities. This means simplifying key business processes as well as eliminating mundane administrative tasks which can only be achieved with the support of technology. The good news is that robotic technology is increasingly recognised as a force for good in business. If all businesses can wake up to the benefits of automation, we will be able to reverse the productivity decline.”

The V1 poll, which attracted over 1,300 responses on Twitter, suggests there is an appetite for cobots in the workplace. As much as 40% of respondents would be happy for any parts of their job to be automated. Meanwhile, a separate report from large software company Advanced reveals 77% would be happy to work alongside robotic technology if it meant fewer manual processes.

These findings perhaps come as no surprise as many consumers already use robotic technologies at home – with virtual assistants like Alexa commonplace. Interestingly, according to V1’s poll, 28% of respondents say they are most likely to use domestic robots at home which are able to take care of household chores ranging from vacuuming and mowing the grass to pet care.

Adopting a collaborative robot in a work environment is the natural next step, adds Dean. “We will see a dramatic change in the workforce as we know it, moving into an era of the cobot where the most powerful combination for increasing productivity is people and technology.

“We are already seeing Robotic Process Automation (RPA) software used to streamline basic processes and take care of low-value and tedious tasks. RPA has been a buzzword for some time, but now it’s clearly taking shape. It can handle certain tasks more quickly and accurately than humans can. And it’s this technology that will become a commodity – just as cloud technology is today.”